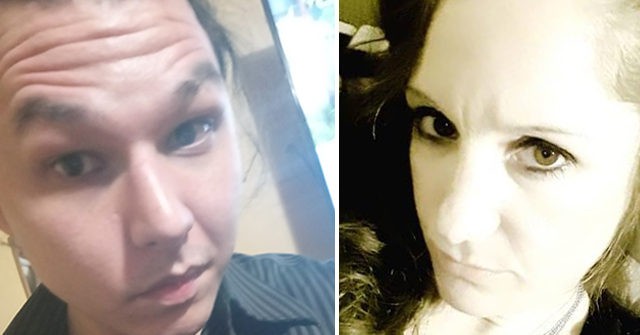 A couple took their sweet time after allegedly breaking into a New Jersey home— eating, drinking, having sex, and even taking a shower — before taking off in the homeowner’s Lincoln SUV, police said.

Alex Ray Yeakley and Amanda Lentz allegedly broke into the Englewood home last Friday night while a babysitter and a child were home, the Englewood Daily Voice reported.

Englewood Police Chief Lawrence Suffern said the couple spent a significant amount of time in the house, adding it “appeared the pair may have utilized the shower, as well as taken other liberties,” some of which were caught on surveillance video.

The alleged burglars bolted when the babysitter spotted them, but they did get away with stealing some jewelry, clothing, a backpack, and a wallet, officials said.

They also traded their 2003 Toyota Corolla for the homeowner’s Lincoln Navigator SUV.

Englewood detectives tracked the suspects down using an iPhone they also allegedly took and found out they fled to Orange County, New York.

Upon this discovery, the detectives immediately notified authorities in the area.

The pair traveled through Newburgh, New York, and then New Windsor, New York, with the police pursuing them through Chester, New York, until a set of spike strips sent the SUV crash-landing into a field, the New York Post reported.

Yeakley and Lentz fled by foot but were quickly caught, authorities said.

The Daily Voice reported both were being held in New York and are awaiting extradition to New Jersey.