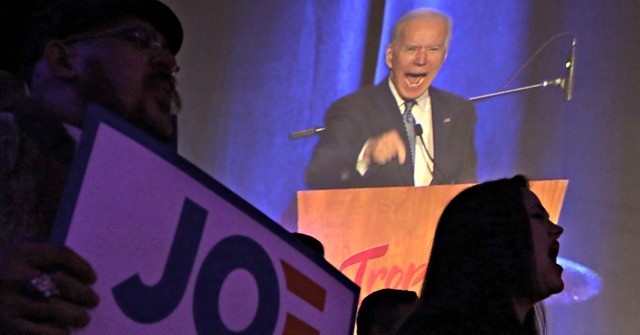 A supporter of Democrat candidate Joe Biden was arrested after he shot at two Trump supporters who honked at him in a pick-up truck while he was putting up a Black Lives Matter sign, police said.

Houk and Lang honked at him while Kuhn was putting up a Black Lives Matter sign in his front yard around 2:30 p.m.

Kuhn then allegedly fired his shotgun at Houk and Lang’s truck, which had Trump signs in the windows, but luckily missed Lang, Houk, and the vehicle.

“He reached down. He had a shotgun right there, pulled it out and pointed it right at,” Houk said. “And we were in disbelief. Next thing we heard was a shotgun blast.”

No one was hurt, but the police tracked down the man who fired the shot.

Police located a 12-gauge shotgun and took Kuhn into custody.

Kuhn is facing multiple charges, including assault and reckless endangerment, and a felony firearm charge.

WMAR reported that Kuhn was denied bail on Monday, but the judge said Kuhn could be released into home confinement as soon as Tuesday.

If convicted, Kuhn faces a sentence of up to 100 years in prison. But the victims do not want to see Kuhn face that kind of punishment.

“It’s Kingsville, it’s a friendly area. Everyone honks at each other. We think we were hoping there could be some civility between people who support different candidates,” Lang told WBAL.