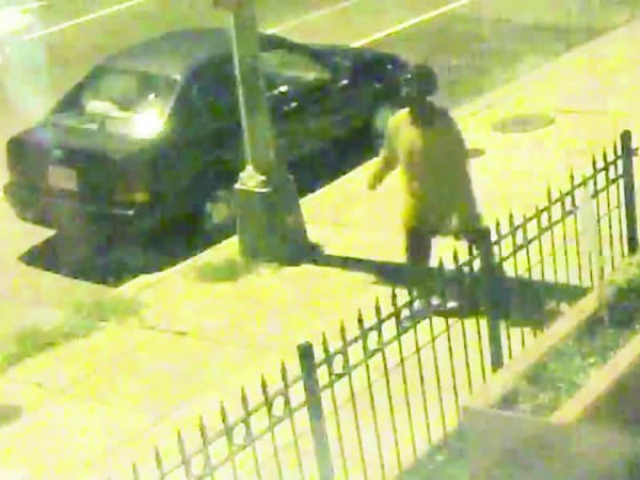 Authorities are searching for a man who fatally stabbed a female jogger Tuesday night on a Washington, DC, street before fleeing the scene, police said.

Police said the victim, Wendy K. Martinez, 35, stumbled into a carry-out restaurant shortly after the attacker stabbed her on the street in D.C.’s Logan Circle neighborhood around 8 p.m., Fox News reported.

Customers attempted to save Martinez’s life, but she died later at a local hospital from the stab wounds to her neck.

Police say they do not believe Martinez knew the suspect before the attack, and found the knife used in the attack at the scene.

“It is more likely a random act than anything else, but we’re going to look at all possibilities,” D.C. Police Chief Peter Newsham told reporters in a press conference Wednesday, adding that the restaurant patrons “did the best they could” to help Martinez.

D.C. Police announced on Twitter Wednesday that they are searching for a suspect who was last seen in blurry surveillance footage wearing a bright yellow-colored shirt, dark-colored pants, and sandals with white socks.

Help us identify the person responsible for the murder of Wendy Martinez. She was stabbed to death last night in the 1400 block of 11th St, NW.

Click the link for additional details and video. https://t.co/Ybce195sqs

Newsham said Martinez lived in a “very safe neighborhood” near Logan Square, describing her as an avid runner who worked as the chief of staff for a software company called FiscalNote.

“The entire FiscalNote family is shocked and deeply saddened to learn that Wendy Martinez, our Chief of Staff, was killed last night. Wendy was an invaluable member of our team and a vibrant member of the community. Our thoughts and prayers are with Wendy’s family and friends,” the company said in a statement Wednesday.