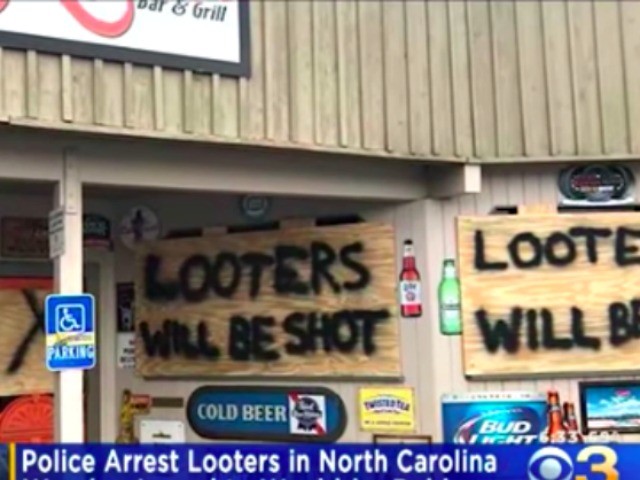 County sheriffs across North Carolina are arresting looters seeking to take advantage of areas left abandoned due to flooding from Tropical Storm Florence.

Florence made landfall in North Carolina as a Category 1 hurricane but its strength has caused forecasters to downgrade it to a tropical storm. Up to 14 deaths have been reported as a result of the storm, which has ravaged homes along the Carolina coast and caused massive flooding.

Police officers in Wilmington, North Carolina, also arrested five people Saturday evening for allegedly ransacking a Dollar General store, and officers reported looting at a Family Dollar store downtown when they noticed the store’s windows had been busted in. Charges are pending against the individuals, authorities said.

NEWS ALERT – Moments ago officers arrested five individuals who broke in and looted the Dollar General at 5th & Dawson Streets. Charges are pending and those details will be released as they become available.

“It’s just unfortunate that people look for these opportunities to prey on the vulnerabilities of these people when the situation is at its worst,” Ingram said. “We are trying our best to make sure we can contain that as much as possible.”