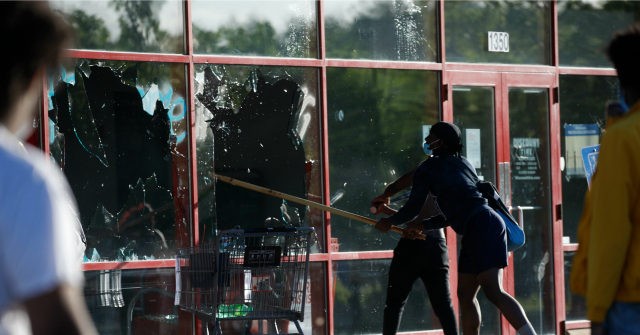 A recent report from Politico states that local law enforcement and federal agencies have begun using Facebook and other social media sites to track alleged looters and rioters.

A recent report from Politico titled “Feds comb Facebook to hunt down alleged rioters and looters,” outlines how federal agencies and police departments have begun using social media to track rioters and looters across the United States in the wake of the death of George Floyd.

Politico reports that police in Page, Arizona, were tipped off that a man named Loren Reed had created a private Facebook chat group and was encouraging people to riot at the county courthouse. The department then set up an undercover Facebook account to message Reed.

He also suggested, police say, that group members gather fireworks and flammables, loot a Safeway pharmacy, and consider the merits of Molotov cocktails. Police found his cell phone number through his Facebook page, according to the complaint, and used a “lawful investigative technique” to find the device’s location.

Within four days of unknowingly inviting the police to his Facebook chat, Reed was arrested and charged with a felony. A federal judge ordered that he be jailed until his trial, finding him a flight risk and a danger to the community.

Investigators across the country are reportedly combing through Facebook, Twitter, and Instagram in an attempt to identify violent extremists, looters, and vandals. These techniques have reportedly alarmed civil liberties advocates who believe that this method of law enforcement could stifle online free speech.

The DOJ has cited numerous social media posts and videos when building criminal cases against people for allegedly illegal activity that happened during or alongside recent protests against police brutality, a review of federal charging documents shows. The killing of George Floyd by a Minneapolis police officer sparked the massive nationwide outcry, and the vast majority of protests have been peaceful. But in some cities, both large and small, people have looted businesses, damaged police cars and lit buildings on fire — and then posted about it online.

In some cases, defendants are alleged to have posted videos on Facebook Live showing them talking about criminal activity or even engaging in it. In one video, defendant Jhajuan Sabb discussed throwing bricks and bombs at government buildings, and chatted about how to make an explosive with a glass bottle, a rag and lighter fluid. Then someone watching offered to sell Molotov cocktails for “€8.84 a bomb.”

Vera Eidelman, a staff attorney at the ACLU’s Speech, Privacy, and Technology Project, commented on the methods stating:

“As a general matter, I think social media surveillance by the government raises serious concerns about free speech and privacy, and also racial and religious profiling.” She continued: “And research shows that when people know that what they are saying is being watched, they feel more inhibited. They don’t feel as free to share unpopular or radical viewpoints, and they also don’t feel as free to speak generally or to share more private thoughts.”

An anonymous federal law enforcement official commented to Politico: “If their logic is that law enforcement should turn away and avert their gaze when they see something in public that could be illegal or incriminating, I am not sure how effective protecting the public the police could be,” the official said. “For instance, would this extend to barring the police from checking ‘Craig’s List’ for goods reported stolen from a local break-in? What about looking through the glass case of a local pawn shop for stolen items? Where would they like the line to be drawn?”