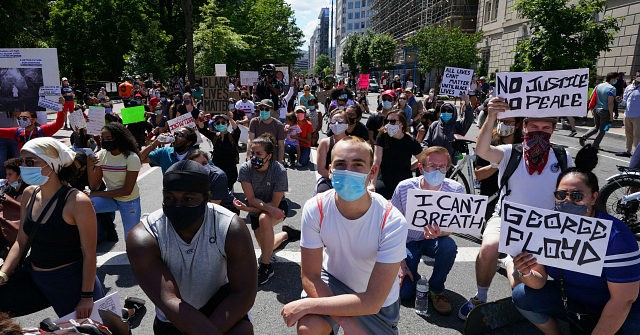 As protests over George Floyd’s death enter their fifth day and tensions between protesters and the police remain at an all-time high in some areas, some police officers and sheriff’s deputies across the country are standing with the protesters.

Police officers have stood in solidarity with the anti-police brutality movements after the death of George Floyd in locations from Santa Cruz, California, to Miami, Florida:

FLINT, MICHIGAN:
Protestors invite a sheriff to walk alongside them in protest.
The sheriff accepts the invitation.

…could this be a glimpse of the #NextNormal?
I sure hope so. #FightDifferent#GeorgeFloyd#AhmaudArbery#BreonnaTaylor#FlintMichigan #JusticeForGeorgeFloyd https://t.co/HLUlzRqVNs

“We want to be with y’all, for real. I took my helmet off, laid the batons down. I want to make this a parade, not a protest,” Genesee County Sheriff Chris Swanson told protesters in Flint, Michigan, before he joined the crowd of cheering demonstrators.

Apparently cops in Kansas City joined the local protest against police brutality. And my first reaction was to say something smart ass. But this is truly a start. pic.twitter.com/e3sUwaR16h