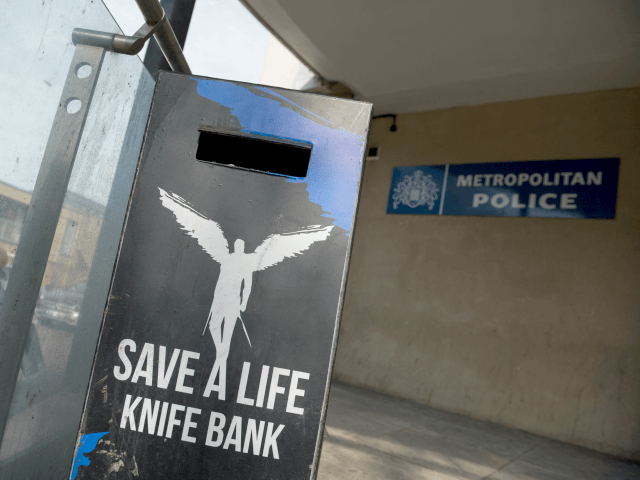 The Church of England has called for a ban on pointed kitchen knives to stop stabbings, saying that no one needs a pointed knife in modern times.

The call to round off the pointy ends of knives came from senior bishops and was backed by police, psychiatrists, doctors, and a judge, according to The Telegraph, with an open letter to the government calling for the sale of potentially dangerous kitchen utensils to be banned.

“Historically we needed a point on the end of our knife to pick up food because forks weren’t invented. Now we only need the point to open packets when we can’t be bothered to find the scissors,” lead signatory the Right Reverend James Langstaff, the Bishop of Rochester, wrote.

The letter continued that it was time to say “no bloody point” and goodbye to the traditional kitchen knife, which campaigners say should go the way of the handgun, paracetamol, plastic bags, and smoking in public by being heavily regulated.

Kitchen knives have already been reclassified as an “offensive weapon” under the Offensive Weapons Act 2019.

The Church is launching a parliamentary petition to receive backing. If successful, all new kitchen knives to be sold would instead have a rounded tip. Forensic psychiatrist Professor John Crichton, one of the medical experts backing the move, claimed: “For 99 per cent of ordinary kitchen tasks, the point is not required.

UK Conservative MP Calls for All Knives to Be Registered, Fitted with GPS Trackers https://t.co/Ylv35Xpteq

“I have been using the ‘newpoint’ knife. I had difficulty cutting a pumpkin and filleting fish. For that I have a traditional pointed knife securely stored away. This is about making it commonly accepted that for the vast, vast majority of kitchen tasks a much safer option is available.”

Last year a retiring judge said that no private individual needs a pointed knife and called for the sale of them to end, saying that anyone who had “properly and lawfully” bought knives “for culinary purposes” could take them somewhere “to be modified, with the points being ground down into rounded ends”.

“Why do we need 8 inch or 10 inch kitchen knives with points?” he asked.

“Butchers and fishmongers do, but how often, if at all, does a domestic chef use the point of an 8 inch or 10 inch knife? Rarely, if at all.”

‘You Got a Licence for that Nerf Gun?’ – British Police Swoop on Child’s Birthday Party https://t.co/afRURsRrhO