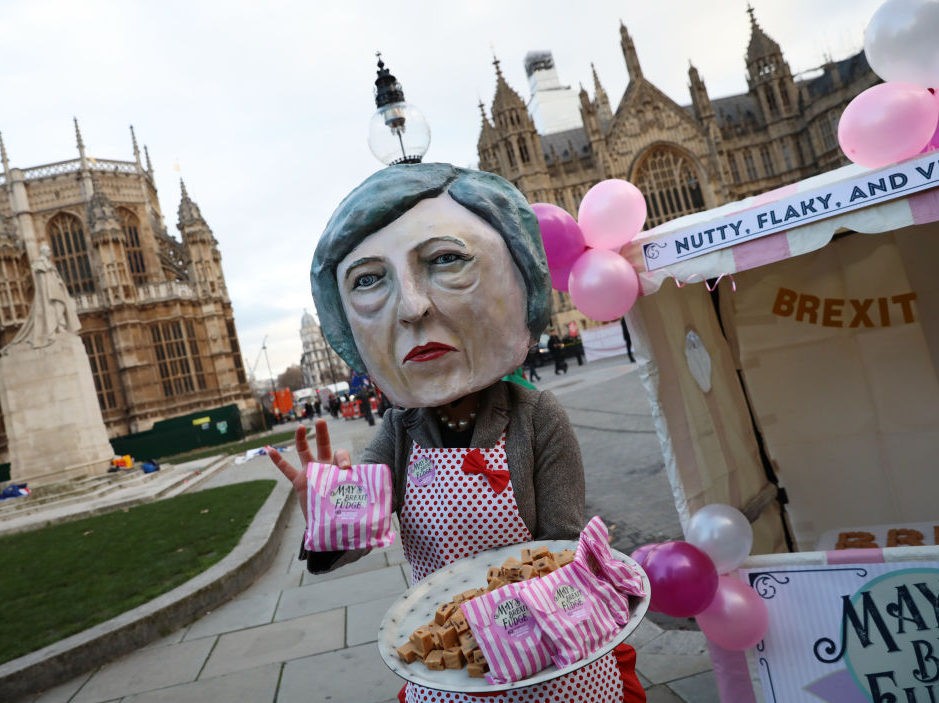 British Prime Minister Theresa May is to announce a delay on the so-called meaningful vote scheduled to take place in Parliament Tuesday, according to reports.

Government sources — probably members of the cabinet informed by the Prime Minister of the move in a meeting this morning — are reported by several sources saying the Prime Minister will announce the delay in a statement to the House of Commons around 1530 GMT Monday. Politics Home reports leader of the House of Commons Andrea Leadsom would make the move official Monday afternoon.

Nigel Dodds, the leader of the DUP’s Westminster faction makes it clear that it isn’t enough to simply keep talking about the present deal the Prime Minister has brought, and calls on her to go back and negotiate again. He said:

“What the Prime Minister says today simply isn’t credible… this is an impossible position for the government to find itself in.”

“Does she not get it by now, that the withdrawal agreement is unacceptable to this house?.. please Prime Minister start listening and come back with changes to the agreement, or it will be voted down.”

Not content to wait his turn in the chamber to savage the Prime Minister, Tory Brexit backbench hero Jacob Rees-Mogg put out a press statement, remarking of May’s decision to delay tomorrow’s vote: “what has two years of Theresa May doing Brexit amounted to? An undeliverable deal parliament would roundly reject, if the Prime Minister has the gumption to allow it to go before the House of Commons.

“This is not governing, it risks putting Jeremy Corbyn into government by failing to deliver Brexit. We cannot continue like this. The Prime Minister must either govern or quit.”

The leader of Britain’s opposition has accused the government of being in total disarray and asks whether the delay will actually allow changes to the unpopular deal or just gives her more time to twist arms in Westminster.

For an interesting summary of Jeremy Corbyn’s strange relationship with the European Union and Brexit, read Jack Montgomery’s report from Saturday:

Update 1545 — The Prime Minister sums up

Even though I voted remain, from the moment I took on the responsibility of being Prime Minister of this great country, I know my duty is to honour the result of that vote. And I’ve been just as determined to put food on the tables of working families, and the security partnerships that keep each one of us safe.

And that’s what this deal does. It gives us control of our borders, our money, and our laws. It protects jobs, security, and our Union. It is the right deal for Britain.

I am determined to do all I can to secure the reassurances this house requires, to get this deal over the line, and deliver for the British people.

The Prime Minister says an “accidental” no deal Brexit is becoming more likely, and consequently, the government is stepping up preparations for it.

She still hasn’t given an idea of when the legally mandated meaningful vote would take back — meaning it could be pushed back until next year, right to the wire for the March 2019 Brexit date.

“If we went ahead and held the vote tomorrow the deal would be rejected by a significant margin. We will therefore defer the vote.”

Theresa May asked the House to answer one fundamental question — did it want to deliver Brexit, as voted for by the British people. Demonstrating the gulf between politicians and the public which overwhelmingly voted for Brexit, her question was met with laughter.

The meaningful vote is postponed:

This is essentially a defeat of the Prime Minister’s Brexit deal. The terms of the WA were so bad that they didn’t dare put it to Parliament for a vote.

This isn’t the mark of a stable government or a strong plan. pic.twitter.com/rrykmUPb3A

There will be three Government oral statements in the @HouseofCommons today:

The decision follows an emerging pattern of behaviour for the Prime Minister of showing strength and determination well beyond the point of reasonable return, before conceding to pressure at the last moment. The move to delay the vote, if confirmed, comes after a spokesman for the Prime Minister confirmed to press on both Sunday evening and Monday morning that the vote was absolutely going ahead as planned.

The Prime Minister also laid out ‘red lines’ promising to not betray Northern Ireland, and frequently said that a so-called ‘no-deal’ Brexit was better than a bad deal. Both positions have since been abandoned.

The Government is obliged to hold a meaningful vote on the Prime Minister’s Brexit deal after a successful 2016 legal challenge by activist Gina Miller, so while the Prime Minister may be able to defer the vote she is not able to cancel it. Given the number of Members of Parliament who have already said they would definitely vote against May’s deal, it has long been considered all but certain that going ahead with the decision would see the Prime Minister defeated.