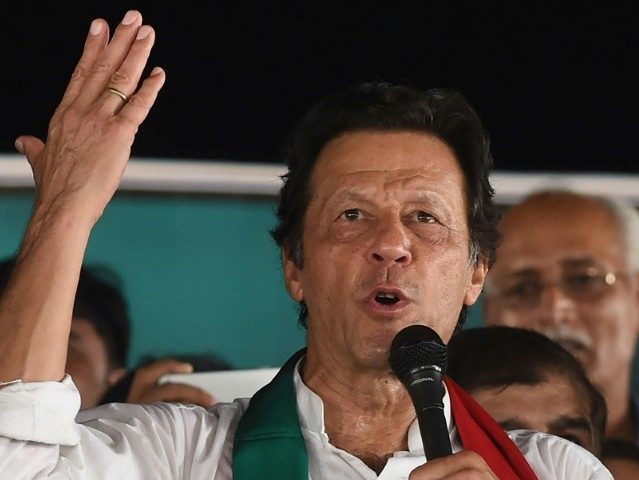 Pakistani Prime Minister Imran Khan, in commenting on ongoing tensions between Islamabad and Washington, said he does not want the United States to treat Pakistan “like a hired gun” in America’s war on terrorism, the Washington Post (WaPo) reported on Thursday.

In an exclusive interview with the Washington Post, Khan expressed his desire to have “a proper relationship with the U.S.,” noting, “I would never want to have a relationship where Pakistan is treated like a hired gun — given money to fight someone else’s war. We should never put ourselves in this position again. It not only cost us human lives, [the] devastation of our tribal areas, but it also cost us our dignity.”

Asked if he wanted relations between Pakistan and the United States to “warm up”, the prime minister responded, “Who would not want to be friends with a superpower?”

Khan dismissed repeated assertions by the Pentagon that Pakistan serves as a sanctuary for terrorist groups in Afghanistan, namely the Taliban and its Haqqani Network allies.

“When I came into power, I got a complete briefing from the security forces. They said that we have time and time again asked the Americans, ‘Can you tell us where the sanctuaries are, and we will go after them?’ There are no sanctuaries in Pakistan,” he told the Post.

Nevertheless, he did not discount the possibility that Afghan Taliban jihadis are freely moving across the Afghanistan-Pakistan border.

“There are no sanctuaries. If there are a few hundred, maybe 2,000 to 3,000 Taliban [jihadis] who move into Pakistan, they could easily move into these Afghan refugee camps,” he declared.

Regarding Trump’s recent request for assistance in achieving peace in Afghanistan, Khan said, “We will try our best. Putting pressure on the Taliban is easier said than done. Bear in mind that about 40 percent of Afghanistan is now out of the government’s hands.”

Kabul does not have control of about 45 percent of Afghanistan, the latest assessment by the U.S. Special Inspector General for Afghanistan Reconstruction (SIGAR), a watchdog agency, shows.

This week, Islamabad issued a statement welcoming U.S. President Donald Trump’s decision to make political reconciliation between the Afghan Taliban and Kabul the primary goal of America’s strategy to end the more than 17-year-old war in Afghanistan.

The statement came in response to a letter Trump recently sent to Pakistani Prime Minister Imran Khan last month requesting “assistance and facilitation in achieving a negotiated settlement of the Afghan war.”

Trump sent the letter days after accusing Pakistan of “doing nothing” to combat terrorist groups, triggering a spat with PM Khan.

On November 19, Trump wrote on Twitter, “We no longer pay Pakistan billions of dollars because they would take our money and do nothing for us. Bin Laden being a prime example, Afghanistan being another. They were just one of many countries that take from the United States without giving anything in return. That’s ending!”

The Trump administration has suspended hundreds of millions in funding for Pakistan over Islamabad’s refusal to take decisive action against terrorist groups orchestrating attacks against U.S. troops in Afghanistan from Pakistani soil.

Under Trump, U.S. officials have intensified efforts to bring the Taliban to the peace negotiation table.

While Afghanistan was the deadliest country for jihad last year, “Pakistan recorded its lowest number of terror-related deaths [852] since 2006″ during the same period, the latest Global Terrorism Index revealed.