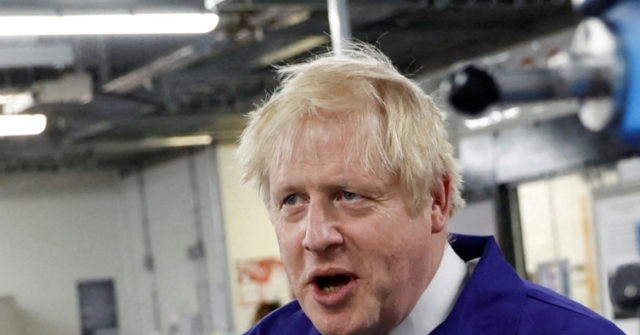 UK Prime Minister Boris Johnson has told parliament that he expects all remaining COVID restrictions in England to be lifted by the end of the month.

Britain’s Prime Minister, Boris Johnson, has said that he expects all remaining Chinese Coronavirus restrictions in England — including those to do with self-isolation — to be lifted by the end of the month, provided current “encouraging trends” continue regarding the disease.

Johnson made the comments during this week’s session of Prime Minister’s Questions, during which the premier came under opposition pressure for the ongoing “partygate” scandal, as well his handling of inflation and rising energy prices.

According to a report by Sky News, the Prime Minister told parliament that he expected all of England’s COVID rules to be rolled back one month earlier than initially planned.

“Providing the current encouraging trends in the data continue, it is my expectation that we will be able to end the last domestic restrictions, including the legal requirement to self-isolate if you test positive, a full month early,” the publication reports Johnson as telling the House of Commons, with cheers erupting inside parliament.

An end to rules requiring individuals with COVID to self-isolate had previously been expected to expire on March 24.

It Only Took A Massive Scandal: Johnson Announces End of Mask Mandate https://t.co/ON9zXv2HPt

The PM’s announcement has been met with some positivity.

“The PM’s plan to end all COVID restrictions a month early is the right thing to do and is extremely welcome,” Frost — who harshly criticised the UK government’s “coercive policies on COVID” in the past — said.

“I hope the government will also make clear we will not go down the road of coercive lockdowns ever again,” he continued.

However, another story that emerged parallel to the lockdown announcement is a new “partygate” picture of Johnson dropping during Wednesday’s Prime Minister’s Questions.

The image, published by tabloid outlet The Mirror, appears to show Johnson at an event on December 15, 2020, standing in the same room as an open bottle of sparkling wine.

“It looks a lot like one of the Christmas parties he told us never happened,” left-wing labour MP Fabian Hamilton told parliament. “Will the Prime Minister be referring this party to the police, because it is not one of the ones that are already being investigated?”

Johnson responded to the Labour MP saying that he was “completely in error” regarding “what he has just said”.

While some have been trumpeting the new image, others have not paid it much heed.

For example, Johnson’s former chief advisor, Dominic Cummings, did not seem impressed by the new image, writing online that “there’s waaaaay better pics than that floating around”.

“A photo has emerged of the PM in Downing Street… surrounded by alcohol, food and people wearing tinsel,”⁰ says Labour’s Fabian Hamilton MP

Suggestions regarding the PM’s announcement being another “Red Meat” policy have also been floated.

The term is in reference to the so-called “Operation Red Meat“, which is reportedly designed around announcing highly popular policies — such as scrapping the BBC tax or deploying the Navy to help deal with the ongoing Channel Migrant crisis — in order to rescue Boris Johnson’s premiership.

Today’s announcement — which was made as pressure mounts against the British premier over a number of scandals — mirrors greatly the previous announcement made last month that England would have almost all of its lockdown restrictions relaxed, which came shortly after the so-called “pork pie putsch” against Johnson became known to the public.

“It’s amazing how much energy this Prime Minister can sum up when it comes to saving his own skin,” remarked the Scottish National Party’s Ian Blackford on ongoing events — including a recent mini cabinet reshuffle — during Wednesday’s parliamentary session.