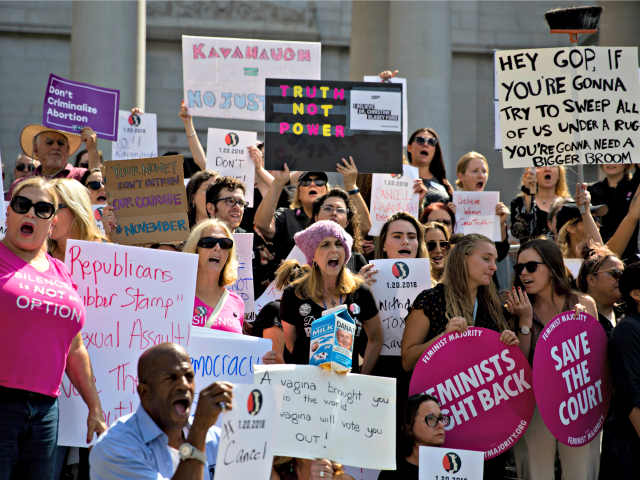 Planned Parenthood threatened U.S. senators who might be considering voting to confirm Brett Kavanaugh to the Supreme Court:

“Roses are red, violets are blue, senators vote NO on #Kavanaugh, or else we’re coming for you,” the abortion giant tweeted Thursday as it also celebrated National Poetry Day.

On Wednesday, Senate Majority Leader Mitch McConnell filed a cloture motion, an action that indicates a vote on Kavanaugh’s confirmation could come as early as Saturday.

As expected, after calling for yet another FBI investigation prior to a vote on Kavanaugh’s confirmation, the group joined Democrats in stating the FBI report was “insufficient”:

PPNYC is OUT in DC because we know that the FBI report on Kavanaugh is insufficient.

Planned Parenthood supporter Sen. Richard Blumenthal (D-CT) said Thursday on MSNBC that the extended FBI investigation of Kavanaugh was a “cover-up” that was orchestrated by the White House.

However, Senate Judiciary Chairman Chuck Grassley (R-IA) said in a statement on Thursday as well that the FBI report has revealed “no hint” of sexual misconduct and that “it’s time to vote” to confirm the nominee.