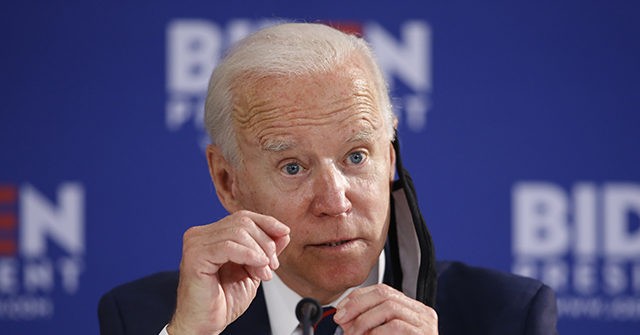 The Planned Parenthood Action Fund formally endorsed Joe Biden (D) on Monday despite the abortion giant’s past concerns regarding the former vice president — from his former support of the Hyde Amendment to Tara Reade’s allegations of sexual assault.

“We felt like we can’t endure another four years of Trump; we have to do everything we can to get him out of office,” she said, according to NPR.

The formal endorsement video accuses President Trump of “tear[ing] down our progress, making it harder to access birth control, sabotaging the Affordable Care Act, blocking access to care at Planned Parenthood [and] appointing a record number of judges opposed to reproductive rights.”

“We will protect women’s constitutional right to choose, and I am proud to stand with you in this fight,” Biden, the Democrat Party’s presumptive nominee, states in the ad:

Donald Trump is putting our lives at risk every single day he remains in office.

In this election, we have a clear choice: four more disastrous, damaging years or an opportunity for real change and leadership.

The endorsement follows a year of controversy between Biden and the abortion giant. Last year, Biden waffled on his position on the Hyde Amendment, which blocks taxpayer money from directly funding abortion. The former vice president backed the amendment for decades but flip flopped after facing criticism from pro-abortion groups after formally jumping into the presidential race.

“For many years as U.S. Senator, I have supported the Hyde Amendment like many many others have,” he said during a speech at the IWillVote Gala last June.

“I’ve been struggling with the problems that Hyde now presents,” he said, adding “if I believe that health care is a right, as I do, I can no longer support that amendment dependent that makes that right dependent on someone’s zip code.”

Breitbart News detailed the magnitude of Biden’s tango with the amendment over the past year:

“I have consistently — on no fewer than 50 occasions — voted against federal funding of abortions,” he said in 1994. In 2007, he reiterated: “I still vote against partial birth abortion and federal funding.”

In May, Biden appeared to reverse his position, telling a volunteer from the American Civil Liberties Union (ACLU) that he no longer supported the Hyde Amendment.

Former Planned Parenthood President Dr. Leana Wen said, at the time, that she took Biden “at his word”:

Happy to see Joe Biden embrace what we have long known to be true: Hyde blocks people—particularly women of color and women with low incomes—from accessing safe, legal abortion care. Thank you to our RJ partners for leading the charge in repealing this discriminatory policy. https://t.co/G1JrSK6Jbm

In April, Planned Parenthood Action called on Biden to address the Tara Reade allegations, stating its position that women “should be heard, listened to, [and] taken seriously.”

“Saying we believe survivors doesn’t mean only when it’s politically convenient. This isn’t a fringe issue, it’s one that affects all of us. This crosses political party, race, gender, income level, and sexual orientation,” Johnson said in a statement at the time.

Biden has dismissed Reade’s allegations, which have largely fallen to the wayside in the wake of the coronavirus pandemic and widespread protests popping up across the nation. Nonetheless, the former vice president’s general denial apparently sufficed for Planned Parenthood, given the organization’s emphatic endorsement.