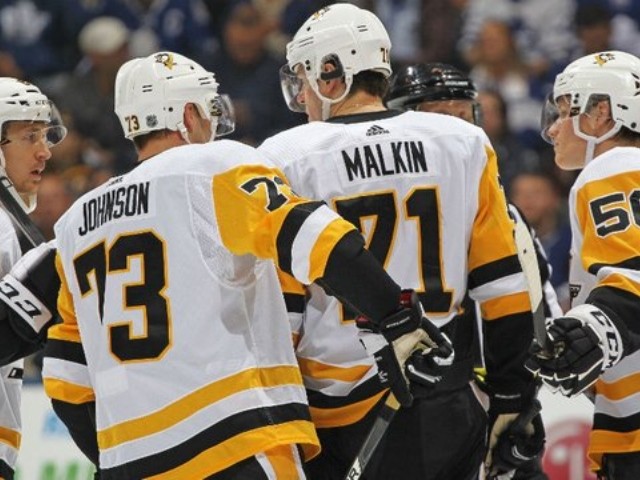 The Pittsburgh Penguins will wear “stronger than hate” patches on their jerseys, in memory of the victims of last weekend’s Tree of Life Synagogue shooting.

“The patches — and the accompanying jersey auction — are part of the organization’s effort to support victims and families of Saturday’s tragic shooting at the Tree of Life Synagogue in Squirrel Hill,” the team said according to The Hill.

After the team’s first wearing, the players will sign their jerseys which will then be auctioned off at treeoflife.givesmart.com to benefit the victims.

“All proceeds from the jersey auction and the Penguins other fundraising efforts, including tonight’s 50/50 Raffle, will benefit the Jewish Federation of Greater Pittsburgh and a fund established by the City of Pittsburgh Department of Safety to benefit police officers wounded during the attack,” the statement concluded.

“Hatred and discrimination have no place in Pittsburgh or anywhere else,” the team said in a tweet on Tuesday.

Hatred and discrimination have no place in Pittsburgh or anywhere else.

The Pittsburgh Penguins will wear #StrongerThanHate patches on their jerseys for tonight’s game.

The team has launched several other efforts to benefit the victims of the October 27 shooting including donation stations at each entrance of PPG Paints Arena, and a blood drive held on Monday.