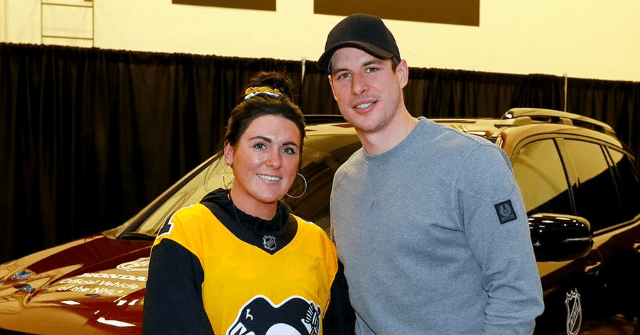 Pittsburgh Penguins captain Sidney Crosby gave the ultimate salute to our veterans this Veterans Day weekend by gifting a car to an Army veteran.

Crosby presented a 2019 Honda Passport Elite— which he won back in January at last season’s NHL All Star Game for earning MVP status— to Madeline Malizio, a specialist in the Army who has served for five years.

You know what’s even cooler?

Giving it away to a veteran who truly needs it.

Malizio, 28, was one of ten veterans invited to see the Penguins practice and take a tour of their locker room on Friday, ESPN reported.

According to Malizio, a single mother, Crosby heard that she did not own a car and had to ride the bus to get around.

Crosby made it his mission to help Malizio. After the locker room tour, Crosby pulled Malizio aside, leading her to a garage door within the training facility.

“He was telling me how he heard about my story and he wanted to do something to help my situation,” Malizio said. “I was confused. I wasn’t sure what he could be talking about. He puts the garage up and it’s this car.

“I felt weak in my knees. I felt speechless. I don’t really think there is a word to describe how you feel in that moment,” she continued.