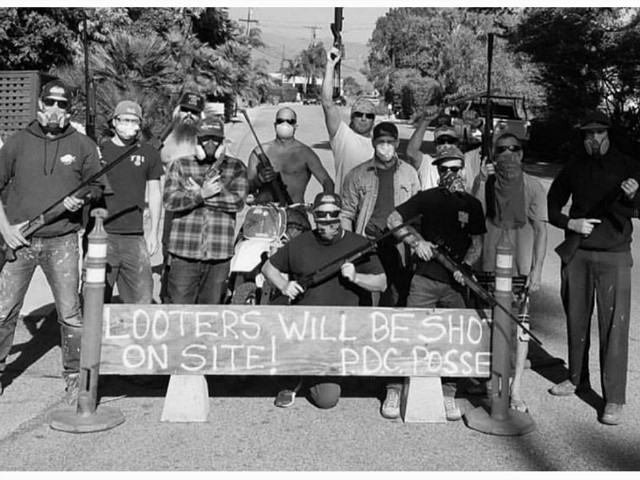 Pink’s husband Carey Hart is warning that looters who try to take advantage of California wildfire victims “will be shot on sight.”

Moreover, Hart is urging other Californians to avail themselves of their Second Amendment rights and stand strong with him.

On Tuesday, Hart wrote on Instagram: “It’s unfortunate that some people take advantage of others in a crisis. While the Malibu fires have been burning, some locals have been fighting off and defending their property against the fires. There have been sightings of looters breaking in to homes. Well, if you are a looter, think twice if you are heading back into Malibu.”

Note the sign in the foreground noting that looters will be shot.

The Daily Mail reports that “Pink and Carey Hart were also among those forced to flee their $110 million home in Malibu, which is believed to have survived the wildfires, which torched nearly 100,000 acres.”