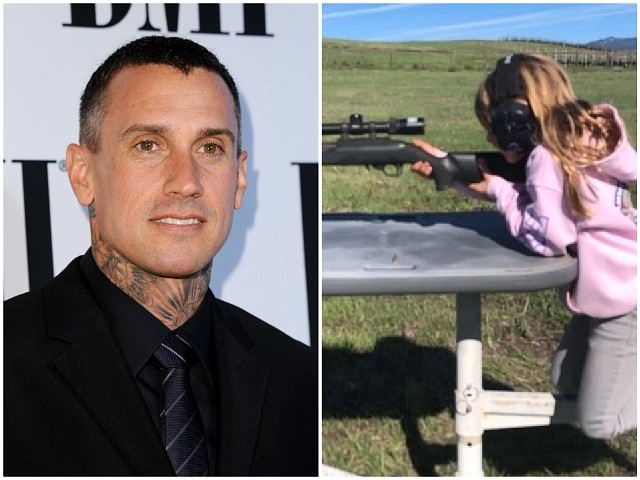 Pop superstar Pink’s husband, Carey Hart, is ripping critics who attacked him for letting their daughter shoot a rifle.

The Blaze reports that Hart got negative backlash from numerous followers, like one who wrote: “There is absolutely no reason why a three-year-old needs to be shooting a gun. It is just indoctrinating the toxic American culture that guns are somehow ‘cool’ and a ‘hobby.’”

Hart hit back, saying, “That is your opinion. I never slam people for speaking their opinion. I enjoy debate and shedding light on subjects that are sensitive like this. Now when you disrespect my country or ‘culture’ I feel I have every right to get nasty.”

Hart’s comment continued, with him writing, “Now I understand that you don’t ‘give a fuck it’s my 2nd amendment right’ but I sure as hell do. For one I NEVER block anyone, but you are free to unfollow me since my American ways so deeply bother you. Goodbye.”

Hart is a concealed carrier. He carries a Sig Sauer that he had customized by Dark Alliance Firearms.