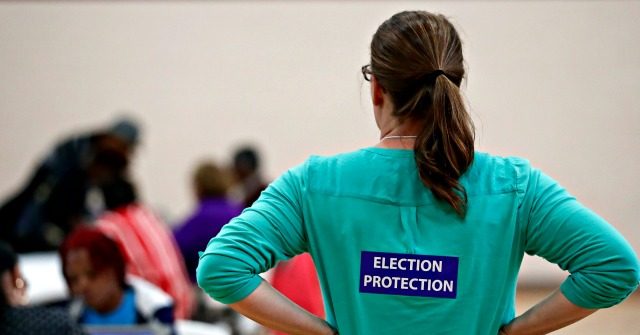 James O’Keefe and his Project Veritas have stirred the pot with a new video report on voter fraud. The headline in Breitbart News read, “Project Veritas Exposes Ilhan Omar Allies in Alleged Ballot Harvesting in Minnesota.” Soon thereafter, President Donald Trump jumped in, tweeting the Breitbart story and adding, “This is totally illegal. Hope that the U.S. Attorney in Minnesota has this, and other of her many misdeeds, under serious review??? If not, why not???”

What’s notable about this alleged vote fraud is that it took place in a Democratic primary — that is, in the August 11 Democratic primary election in the fifth Congressional district of Minnesota. The House seat there is currently held by Rep. Ilhan Omar; in the just-completed primary, Omar defeated challenger Antone Melton-Meaux by some 19 points, or more than 35,000 votes.

And it was those votes that were the topic of O’Keefe’s exposé. The video shows Liban Mohammed, identified as an Omar campaign operative, bragging about collecting hundreds of ballots:

In fact, concerns about vote fraud in Minnesota 5 — especially among Somali-Americans, who number about 52,000 in the Gopher State — go back further than this year.

In 2014, in the same part of the state, an incumbent Democratic state representative, Phyllis Kahn, found herself challenged by Mohamud Noor, director of the Confederation of Somali Community in Minnesota. During that primary campaign, as reported on June 30, 2014, Kahn noticed that 141 people were registered at the same address, 419 Cedar Avenue South in Minneapolis. In the words of her campaign manager:

I think there is a coordinated effort to use this address to bring voters into the DFL [Democratic-Farmer-Labor, the official name of the Democrats in Minnesota] primary election on August 12, that’s what I think is going on. It’s wrong, it violates Minnesota law, it’s a crime.

Indeed, on July 10, 2014, the Hennepin County auditor’s office officially concluded that “419 Cedar Ave. S. is not a valid residential address for voting in Hennepin.” In fact, the report continued, precisely zero people lived there. We can add that those 141 voter registrations were cancelled, although it doesn’t appear that anyone was prosecuted for doing something that seems to obviously have violated the law; indeed, the same auditors added encouragingly, “Voters whose registrations have been cancelled are encouraged to register to vote using the address of their residence.” In other words, there’s no penalty for voting irregularity, and perhaps voting illegality.

Nevertheless, Kahn, the incumbent, won the primary, and then was reelected to her seat in November 2014, defeating her Republican opponent by a more than 3:1 margin — it is a strongly Democratic area.

Then, in 2016, Kahn was challenged again in the Democratic primary, this time by Ilhan Omar, who defeated the incumbent by 678 votes. So when we think about that election outcome four years ago, we might think of O’Keefe’s new video, showing the Omar operative crowing that his car was “full” of absentee ballots — and we are then left to wonder about the legitimacy of that election.

In 2018, Omar won the Democratic primary for the fifth Congressional district, then went on to win the general election with 78 percent of the vote. Subsequently, when she arrived in Washington, DC, of course, she joined Rep. Alexandria Ocasio-Cortez’s (D-NY) “Squad.”

And as we have seen, in 2020, when she was challenged in the Democratic primary by the aforementioned Melton-Meaux, she won decisively. She’s a cinch to win the general election in November.

In other words, Omar seems to have built herself a formidable political machine in her district. But is her political power based, even in part, on fraud? O’Keefe certainly thinks so, and perhaps the authorities — federal, state, or local — will also get curious.

In the meantime, the rest of us might thank our lucky stars for the Electoral College, which provides at least some insulation against the corruption we seem to be seeing in Minnesota. Or, more precisely, we should thank our wonderful Founders.

Those Founders were fully familiar with vote fraud and electoral distortion, which is, after all, as old as democracy itself — and they had a plan to deal with it.

Indeed, to get a glimpse of what such corruption looked like in the English-speaking world of the 18th century, we might examine a series of four prints from the great illustrator William Hogarth, published in 1755, offering a somewhat comic look at the era’s oftentimes messy politics.

For instance, the Founders knew about the phenomenon of “rotten boroughs,” that is, a malapportioned English political district that was typically in the pocket of a powerful family or clique. The most egregious of these rotten boroughs was the parliamentary constituency of Old Sarum, which was literally uninhabited, and yet nonetheless, cynical operators would gather there every election and “elect” two Members of Parliament.

The knowledge of such rottenness helped inspire the drafters of the American Constitution, led by James Madison, to devise the Electoral College. Most obviously, the college gave specific rights to each state — a precious concept, then and now — and yet at the same time, it put a check on the eruption of popular irregularities, including corruption.

As an ally of Madison’s, Alexander Hamilton, wrote in Federalist #68 — one of the pamphlets written in support of the Constitution — “Nothing [is] more to be desired than that every practicable obstacle should be opposed to cabal, intrigue, and corruption.”

One of the features of the Electoral College is what we would now call compartmentalization; thus the national election for president is actually a series of state elections, thereby hopefully compartmentalizing a problem into just the affected state. As Hamilton put it, one strength of the college was that it was “dispersed as they would be over thirteen States.”

Hamilton was fully aware of one of the chief dangers the new republic would face: “Talents for low intrigue, and the little arts of popularity, may alone suffice to elevate a man to the first honors in a single State.” And yet, Hamilton continued, thanks to the compartmentalization of the Electoral College, it would be difficult for such a dubious person to gain the “esteem and confidence of the whole Union.”

And that’s one reason why we will always need the Electoral College. Today, Minnesota might have a “rotten borough” in its midst, and it may or may not choose to do anything about it. So what’s necessary, then, for the sake of the republic, is that such corruption is localized.

Indeed, we can see that if we didn’t have such compartmentalization, thanks to the college, then fraud in one state could potentially overwhelm the country as a whole. That is, if there were no Electoral College, and if the total of popular votes were all that mattered, and thereby determined the national victor, then who knows how many people could be registered at, say, 419 Cedar Avenue South in Minneapolis — and how many of their votes, or “votes,” could contribute to the national total.

Mindful of these dangers, the Founders wisely set up our precious constitutional system, including the Electoral College — precisely to stop “low intriguers” from taking over. So we should keep the college, as is, and ignore the renewed efforts of liberals to do away with it.

And in the meantime, for the sake of Minnesota, we should take a close look at vote corruption in Ilhan Omar’s district. Indeed, Democrats should wish to join the anti-fraud effort, too, as the immediate losers in Minnesota have been those Democratic candidates on the wrong end of the Omar machine. Yes, as this author wrote awhile back, Democrats are going to be forced to realize they, too, have a stake in clean elections.

So while there are plenty of other rotten boroughs in the U.S., Omar’s district looks like a great place to start the cleaning up.