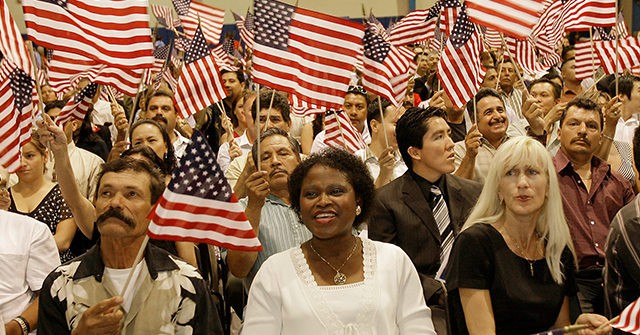 You can always count on the New York Times to be … the New York Times. So of course, in anticipation of the Fourth of July, the Times put out a tweet that reads, “The myth of America as the greatest nation on earth is at best outdated and at worst, wildly inaccurate.  If you look at data, the U.S. is really just O.K.”

To that tweet, the Times attached a video in which the narrator flails away at the U.S. for having a high poverty rate, a high gun-ownership rate, a high television-watching rate—you know, all the usual liberal talking points.

We can observe that the Times might have had its facts right, as far as they go, but there are other facts, too, and lots of them—which the Gray Lady selectively chooses not to mention.   And of course, there’s the Times’s snarky tone; the video was put together by some Michael Moore wannabe.

Here in Planet Real World, nobody would dispute that America has flaws, because, after all, everything on this earth is flawed.

Yet for its part, the Times is too busy casting stones to notice that it lives in the glassiest of glass houses.  You see, the Main Stream Media, having invested so much in downgrading America, has an obvious interest in getting people to agree with it.

Indeed, the MSM thinks it has a pretty good system going: MSMers figure that the more that Americans feel bad about their country, the more they will depend on the MSM to explain to them how they can do “better.”  If so, that’s more clicks, more eyeballs, and more subscriptions for the MSM.  Nice game they’ve got going, trying to guilt-trip the folks.  No wonder another MSM outfit, Vox, has just weighed in with a piece headlined, “3 reasons [why] the American Revolution was a mistake.”

In response to such slandering, American patriots can prove the greatness of this country in a million ways, and yet one way is simply to point to the opening lines of the founding document of this country, the U.S. Constitution. In its words we see not only the Founders’ ambition for American greatness, but also their keen realization that the greatening of America would always be a work in progress.

Thus in the Preamble, we see these words, right up front: “We the people of the United States, in order to form a more perfect union…”

We can stop right there: more perfect union.  The word “perfect,” of course, is an absolute—that is, you can’t be more perfect than perfect.  And yet when James Madison chose to put the word “more” in front of “perfect,” he was accentuating the urgency of the nation’s mission of endless uplift.

Nearly a century later, on January 1, 1861, Abraham Lincoln captured that restless spirit of national improvement.  In a note to himself, he wrote, “We may so act, we must study, and understand the points of danger.”

When he wrote those improvement-minded words, Lincoln had not yet been sworn in as our Sixteenth President, and the Union was facing deep peril. Within months, in fact, the nation would be sorely tested in war.  And yet thanks in large part to Lincoln’s leadership, the United States survived, and so Americans would soon enjoy, as Lincoln declared at Gettysburg, “A new birth of freedom.”

Once again: Americans are always looking to make America even better—for all Americans.

Still, happily, recent polling shows that a full 71 percent of Americans think the economy is doing well, and 56 percent approve of President Trump’s handling of the economy—which is to say, even many Trump haters don’t hate his economic performance.

In the meantime, for the the rest of us, there’s work to be done, in pursuit of, yes, that more perfect union.

And this holiday long weekend is as good a time as any for us to remind ourselves about those who came before us, and, in particular, those who helped make us the prosperous nation that we are.

One of those illustrious predecessors is the man whom Lincoln modeled his economic policies after—the policies that enabled the U.S. to recover quickly from the wounds of war and go to new heights.  Indeed, Lincoln described that man, a Kentuckian, as “the beau ideal of a statesman.”

That man was Henry Clay, who held just about every top job in the government, except the presidency, in the first half of the 19th century.

Clay had a well-thought-through economic theory, which he put in place in his lifetime, and which inspired Lincoln and many others for the next century.

And what was that system called?  Why, the American System, of course.

There’s plenty to be said about Clay and his American System, and more indeed will be said.  Because while glorious history is important and worth studying, it’s even more exciting to think about glorious future, if the American System is updated for the 21st century.

I will be writing more soon on this American System. Consider this the first in a series.