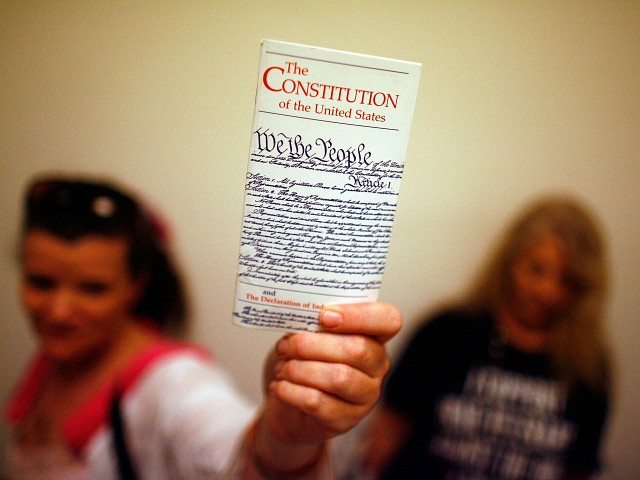 Pierce College has been forced to abandon its “free speech zone” policy after losing a lawsuit that was sparked after a student was told he couldn’t hand out copies of the Constitution on campus.

FIRE Director of Litigation Marieke Tuthill Beck-Coon said that Shaw has been fighting for his First Amendment rights ever since they told him he was not permitted to hand out copies of the Constitution in the center of campus. “More than two years ago, administrators wrongly told Kevin he was not allowed to hand out copies of the U.S. Constitution in the center of his public college campus,” she said. “He’s been standing up for his First Amendment rights every day since, and in the process has vindicated the rights of every student in the district.”

This week, the Los Angeles Community College District, which oversees Pierce College, agreed to withdraw the unconstitutional “free speech zone” policy at all of its campuses.

Arthur Willner, a partner at Leader Berkon Colao & Silverstein and co-counsel with FIRE in the case, said that he believes this victory will remind public colleges that they have a duty to uphold the First Amendment. “Hopefully, this settlement will serve as a reminder to both students and their colleges that the free and open exchange of ideas on campus is a precious commodity to be celebrated rather than feared or restricted,” he said.

Kevin Shaw said that the experience has reminded him of the importance of defending free speech on campus. “Though it was not without its difficulties, this experience has left me optimistic about the guiding principles of my country,” Shaw said. “Folks of all political dispositions rallied behind this case to declare in no uncertain terms: freedom of speech is essential to the educational process.”

In November 2017, a Fresno State University Professor Gregory Thatcher was forced by a court to pay a $17,000 fine after he erased pro-life chalk messages and erroneously told students that chalk writings were only permitted in the campus’ non-existent “free speech zone.” Thatcher was also forced to attend courses on the First Amendment.