Sit-down demonstrators blocked five bridges over the River Thames in the city centre, including Westminster Bridge next to the Houses of Parliament.

“We’ve basically got three demands,” said Gail Bradbrook, one of the organisers.

“One is that the government have to tell the truth. People think that climate change is something happening to somebody else at some other time, but it’s coming home.

“We need to go to net zero carbon really quickly. And we’re also asking for a people’s assembly so people can decide how the change happens.”

The police said the demonstrations were impeding Londoners and the emergency services from using the bridges.

“So far we have made 45 arrests for offences under the Obstruction of Highway Act and Bail Act,” said superintendent Waheed Khan. 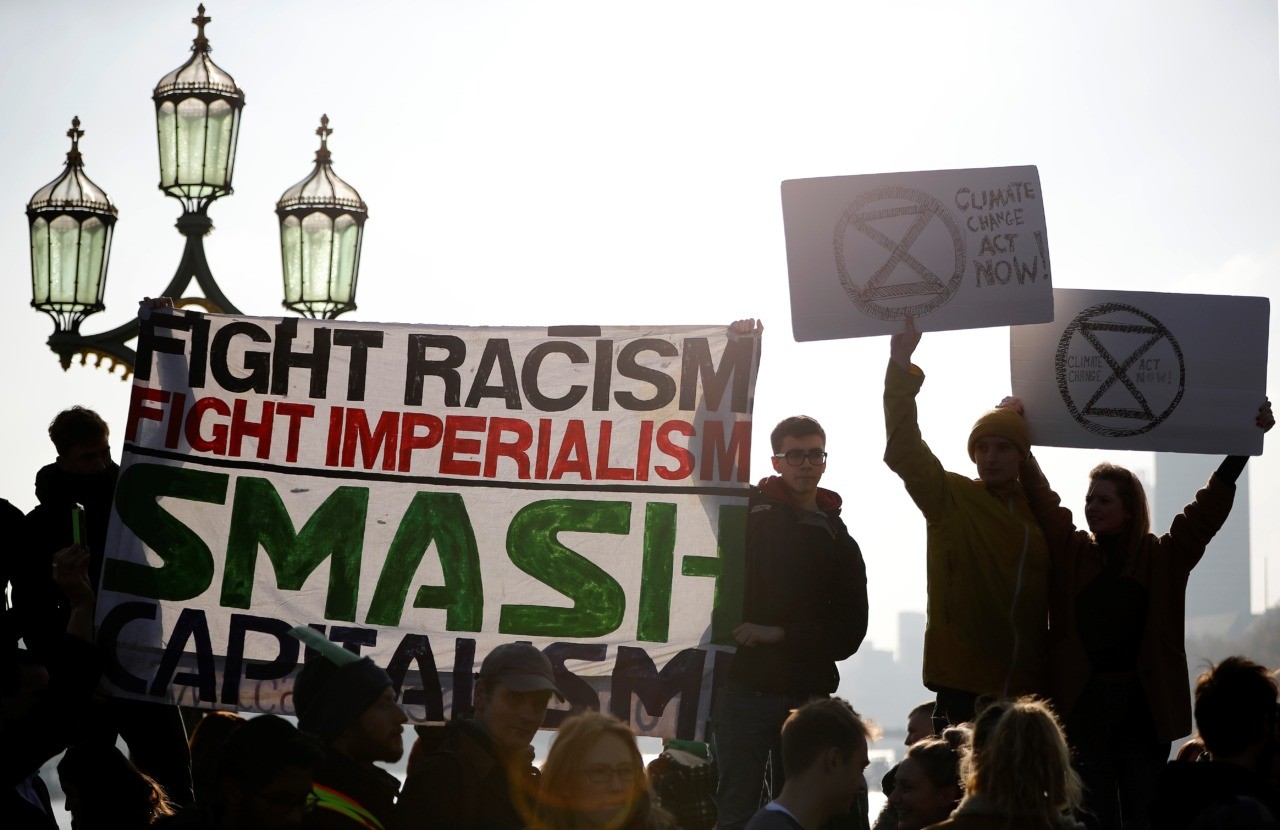 Demonstrators take part in a pro-environment protest as they block Westminster Bridge in central London on November 17, 2018, to show anger at what they see as government inaction on climate and ecological issues. – Organized by Extinction Rebellion, the protest is part of many taking place this weekend to bring attention to what they describe as political inaction on issues of pollution and climate change. (Photo by Tolga AKMEN / AFP/Getty 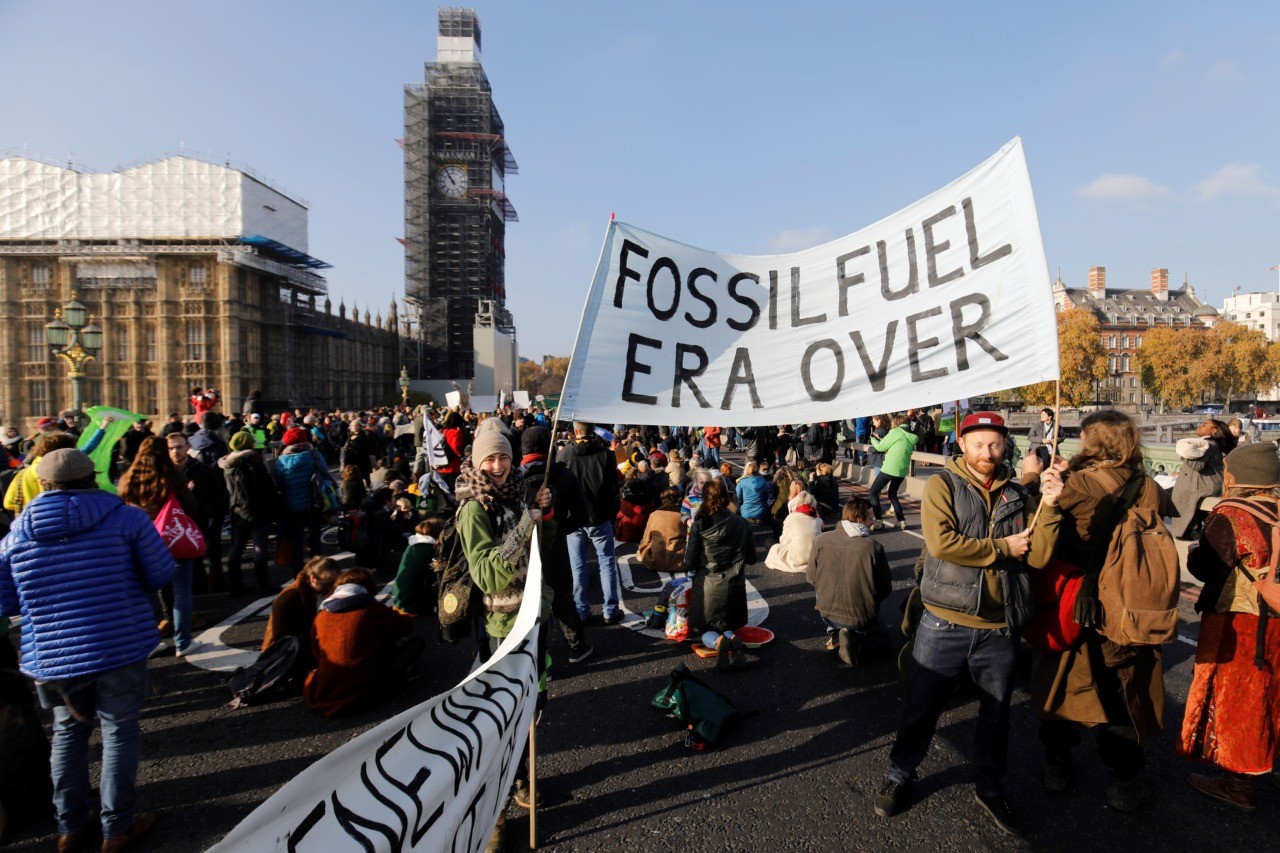 Demonstrators take part in a pro-environment protest as they block Westminster Bridge, near the Houses of Parliament in central London on November 17, 2018. (Photo by TOLGA AKMEN/AFP/Getty Images) 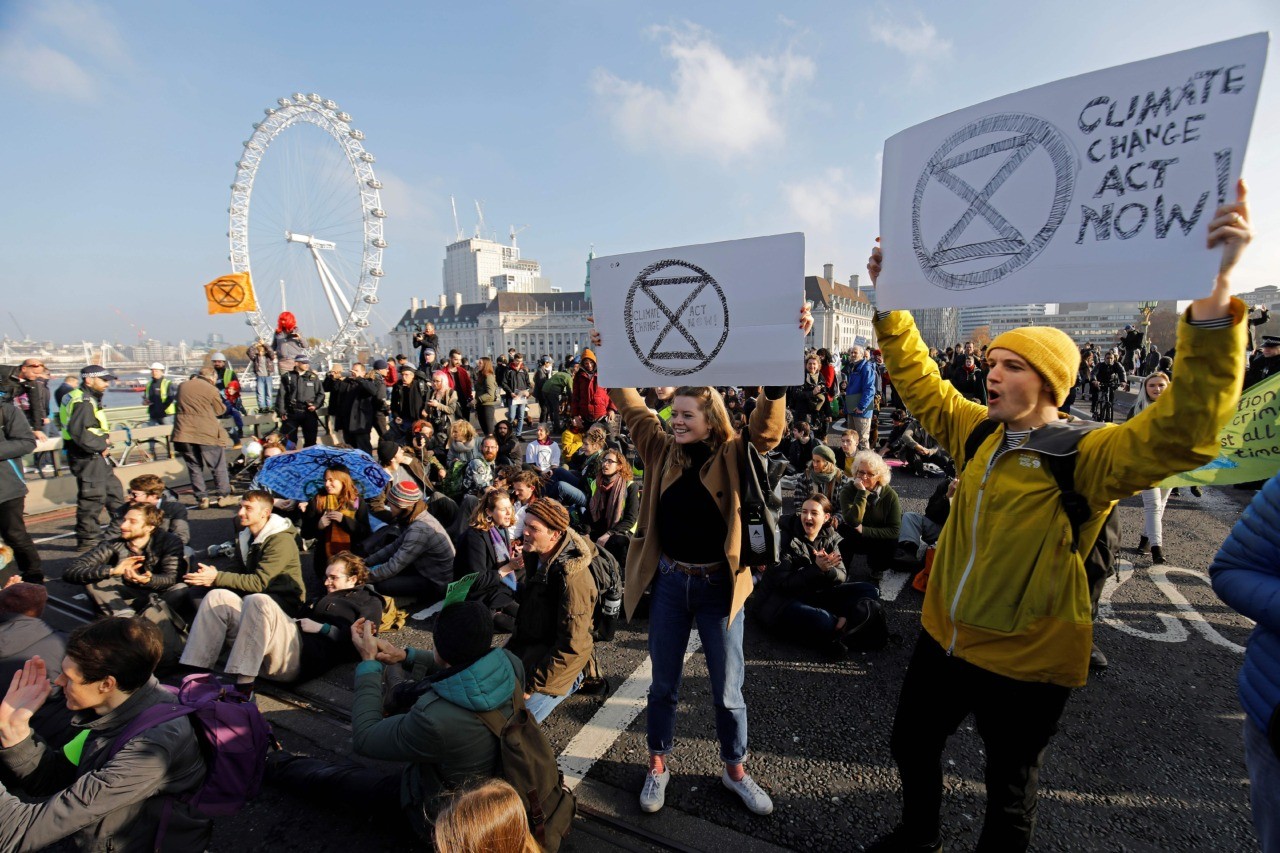 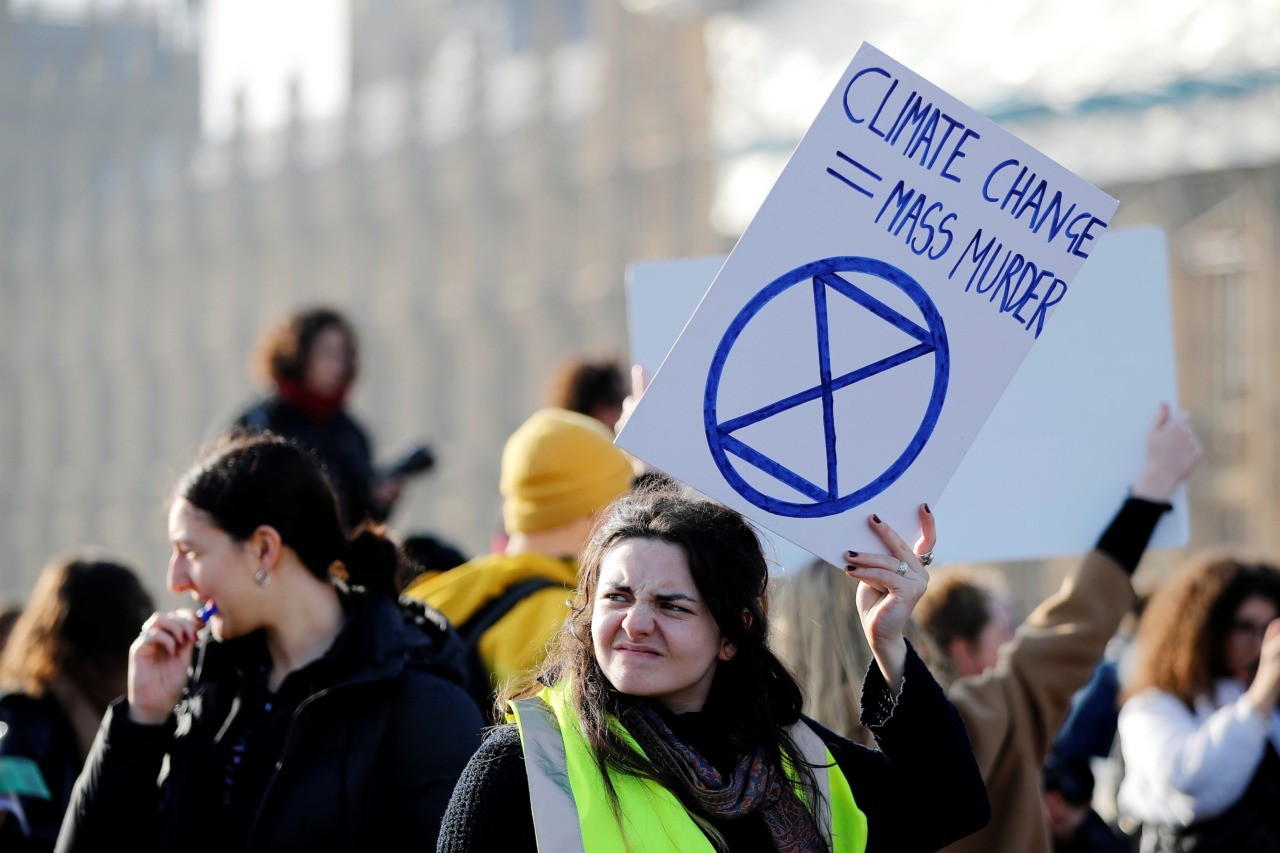