At least 24 people including women and children were gunned down at a military parade in southwestern Iran on Saturday, in a rare attack the government blamed squarely on an unidentified U.S. regional ally.

Terrorists recruited, trained, armed & paid by a foreign regime have attacked Ahvaz. Children and journos among casualties. Iran holds regional terror sponsors and their US masters accountable for such attacks. Iran will respond swiftly and decisively in defense of Iranian lives. pic.twitter.com/WG1J1wgVD9

The BBC reports an Iranian military spokesman claimed the attackers “were trained and organised by two Gulf countries”, and had ties to the U.S. and Israel.

“Oh God! Go go go! Lie down! Lie down!” one man screamed as a woman fled with her baby, AP reports. 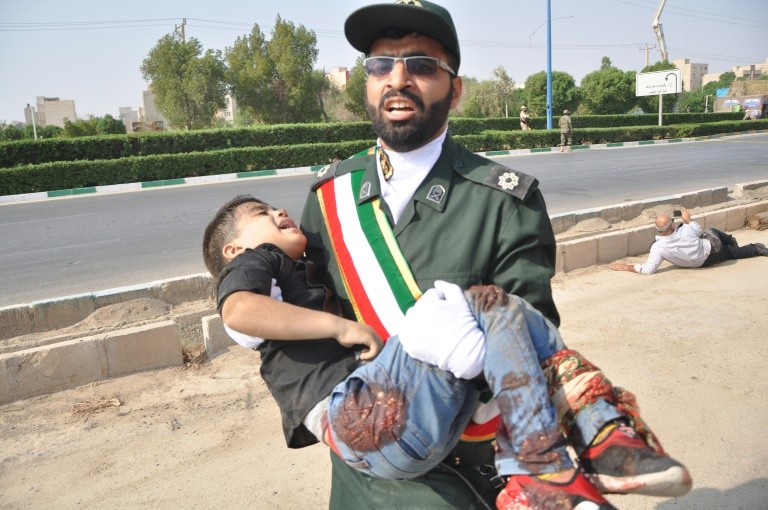 A member of Iran’s Revolutionary Guards Corps (IRGC) carrying an injured child at the scene of an attack on a military parade that was marking the anniversary of the outbreak of its devastating 1980-1988 war with Saddam Hussein’s Iraq. – Dozens of people were killed with dozens others wounded in an attack in the southwestern Khuzestan province. (SHAYAN HAJI NAJAF/AFP/Getty Images)

In the aftermath, paramedics tended to the wounded as soldiers, some bloodied in their dress uniforms, helped others to ambulances.

A spokesman of Iranian Armed Forces, Brigadier General Abolfazl Shekarchi said three attackers were killed by security forces while one other is arrested.

Iran is holding a number of parades in cities including the capital Tehran and the port of Bandar Abbas on the Persian Gulf to mark the start of the country’s 1980-88 war with Iraq.

The attack in Ahvaz came as Iranian President Hassan Rouhani was among the dignitaries at the main anniversary parade in Tehran. 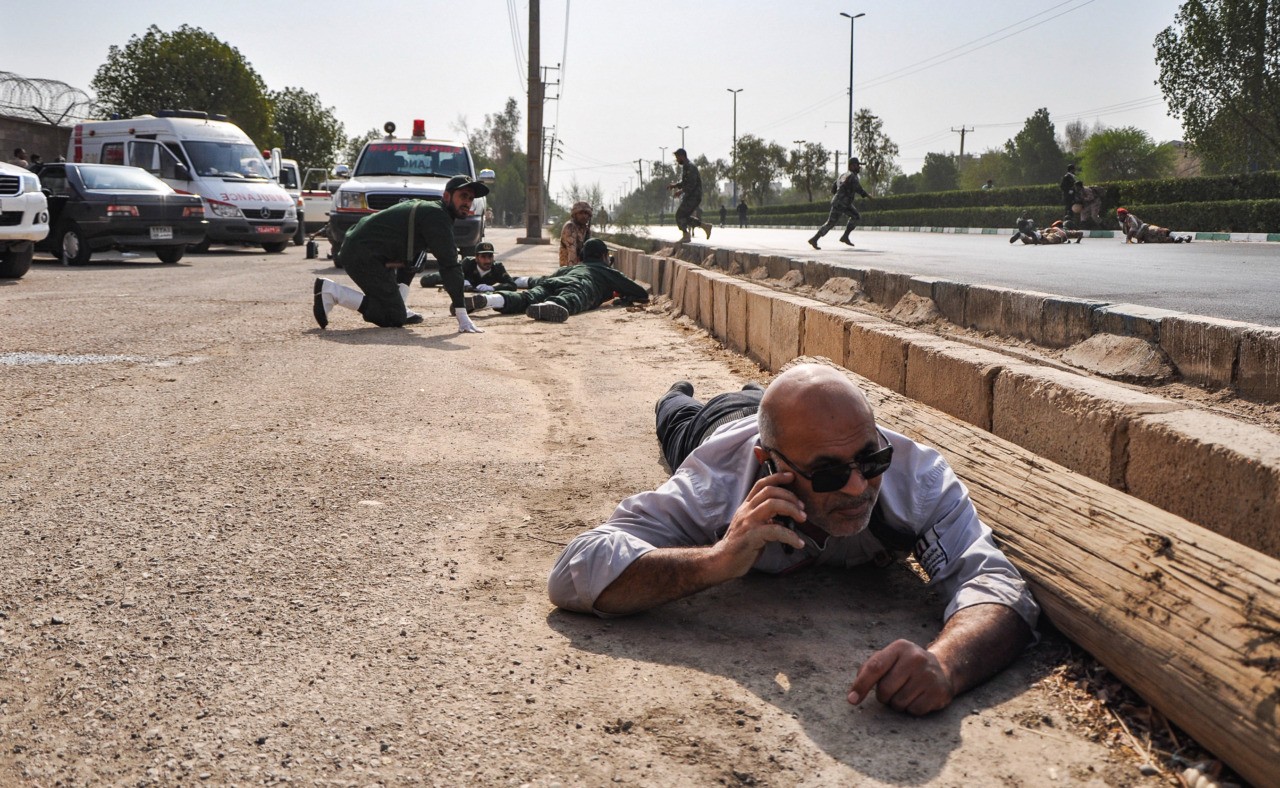 This picture taken on September 22, 2018 in the southwestern Iranian city of Ahvaz shows people and soldiers lying on the ground for cover at the scene of an attack on a military parade that was marking the anniversary of the outbreak of its devastating 1980-1988 war with Saddam Hussein’s Iraq. (BEHRAD GHASEMI/AFP/Getty Images)

In a keynote speech, Rouhani vowed to boost Iran’s ballistic missile capabilities despite Western concerns that were cited by his U.S. counterpart Donald Trump in May when he abandoned the JCPOA nuclear deal with Tehran.

“We will never decrease our defensive capabilities… we will increase them day by day,” Rouhani said at a military parade. “The fact that the missiles anger you shows they are our most effective weapons,” he said, referring to the West. 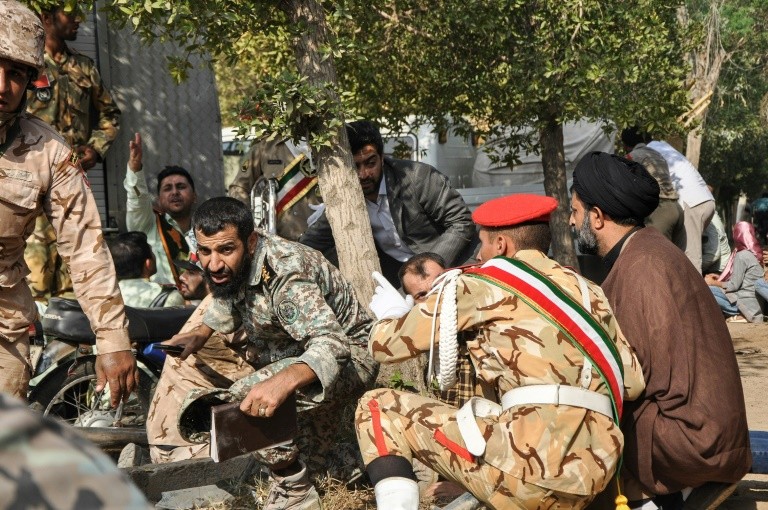 Iranian soldiers and a Shiite Muslim cleric take cover during a gun attack on a military parade in the southwestern city of Ahvaz. (ISNA/AFP BEHRAD GHASEMI/AFP)

Iran has ballistic missiles with a range of up to 3,500 kilometres (2,200 miles), enough to reach both Israel and U.S. bases in the Middle East.

AFP contributed to this report.