The pilot of Lion Air flight JT610, a Boeing-737 MAX believed to have crashed with no survivors after flying out of Indonesia, requested an emergency landing minutes after takeoff, officials confirmed Monday.

Officials believe all 189 passengers on the flight, traveling from Indonesia’s Soekarno Hatta International Airport to Pangkal Pinang on Indonesia’s Bangka island, have died, and have found six bodies at press time, but not the plane or black boxes.

Officials confirmed to the media on Monday that the Boeing jet was a relatively new addition to Lion Air’s fleet and that it lasted only 13 minutes in flight before disappearing from flight radar.

“My prediction is that nobody survived because the victims that we found, their bodies were no longer intact and it’s been hours so it is likely 189 people have died,” Bambang Suryo Aji, the director of Indonesia’s search and rescue operations, reportedly said. The official noted that Jakarta has deployed dozens of divers and about 150 staffers, in general, to help search the crash area.

Novie Riyanto, the president director of the air navigation service provider AirNav, confirmed to reporters on Monday that the pilot requested a return to the airport within minutes of takeoff, according to the Jakarta Post. 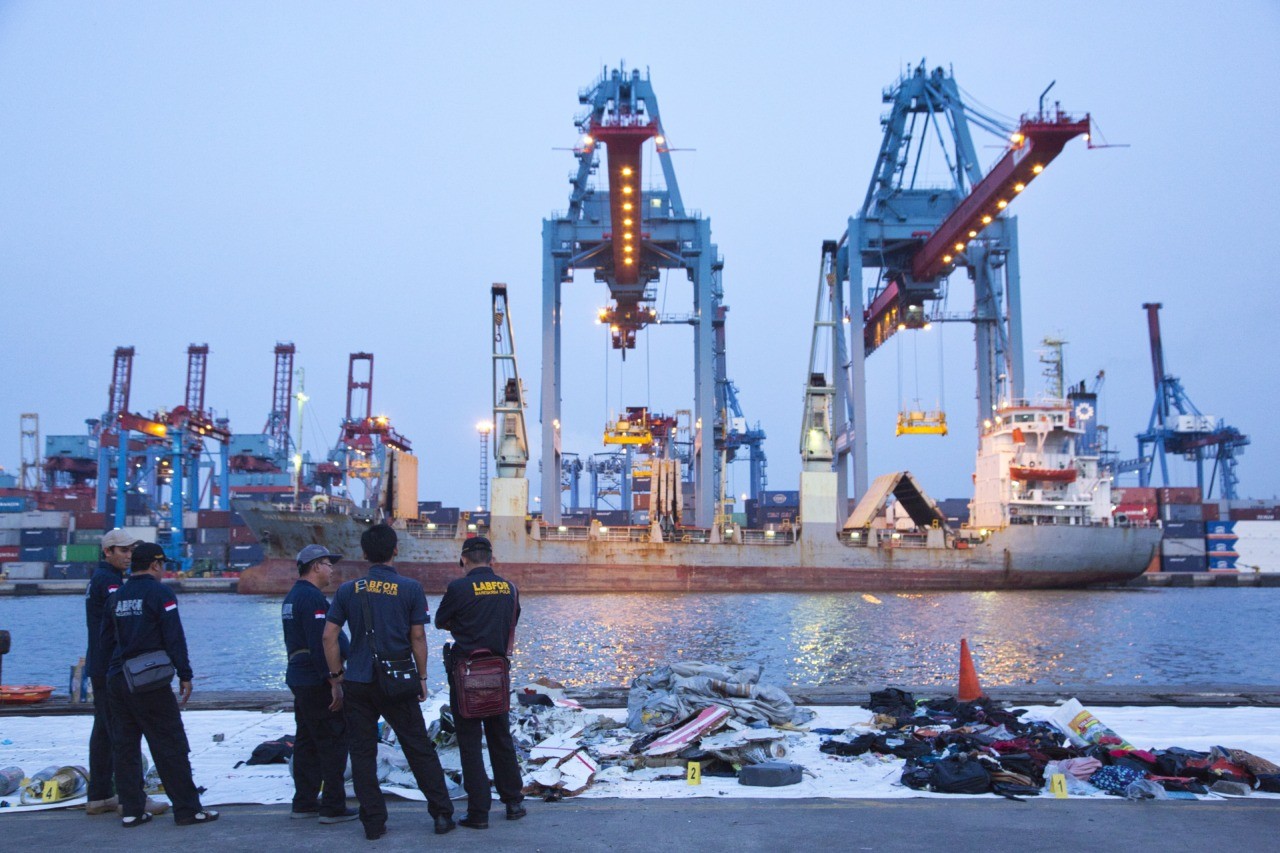 Forensic investigators look over some of the wreckage of Lion Air flight JT 610 at the Tanjung Priok port on October 29, 2018 in Jakarta, Indonesia. Lion Air Flight JT 610 crashed shortly after take-off with no sign so far of survivors among the 189 people on board the plane. (Ed Wray/Getty Images)

“We received the request from the pilot to return to base. The air traffic controller gave permission to return, and there is a recording of it,” Riyanto said at a press conference at the airport. He added that there is no record of why the pilot requested a return to the airport or why the plane did not turn around, as it was granted permission to land once again.

Indonesian authorities have not made the recording of the request public or detailed its contents.

The safety of the plane, as well as LionAir, appear to have been questionable long before the crash. The Jakarta Post quoted LionAir chief executive Edward Sirait stating that pilots reported technical problems with the aircraft the day before the deadly incident.

“This plane previously flew from Denpasar to Cengkareng (Jakarta). There was a report of a technical issue which had been resolved according to procedure,” Sirait claimed. He did not specify what sort of technical issue its crew had reported before the crash.

Lion Air, a budget Indonesian airline, is the nation’s largest private airline. Agence France-Presse (AFP) reported on Monday of its troubled safety history, however, since first offering flights in 2000. Its first crash occurred only four years later, killing 25 of 163 people and injuring over 100. At the time, the airline claimed that the plane crashed because of bad weather. 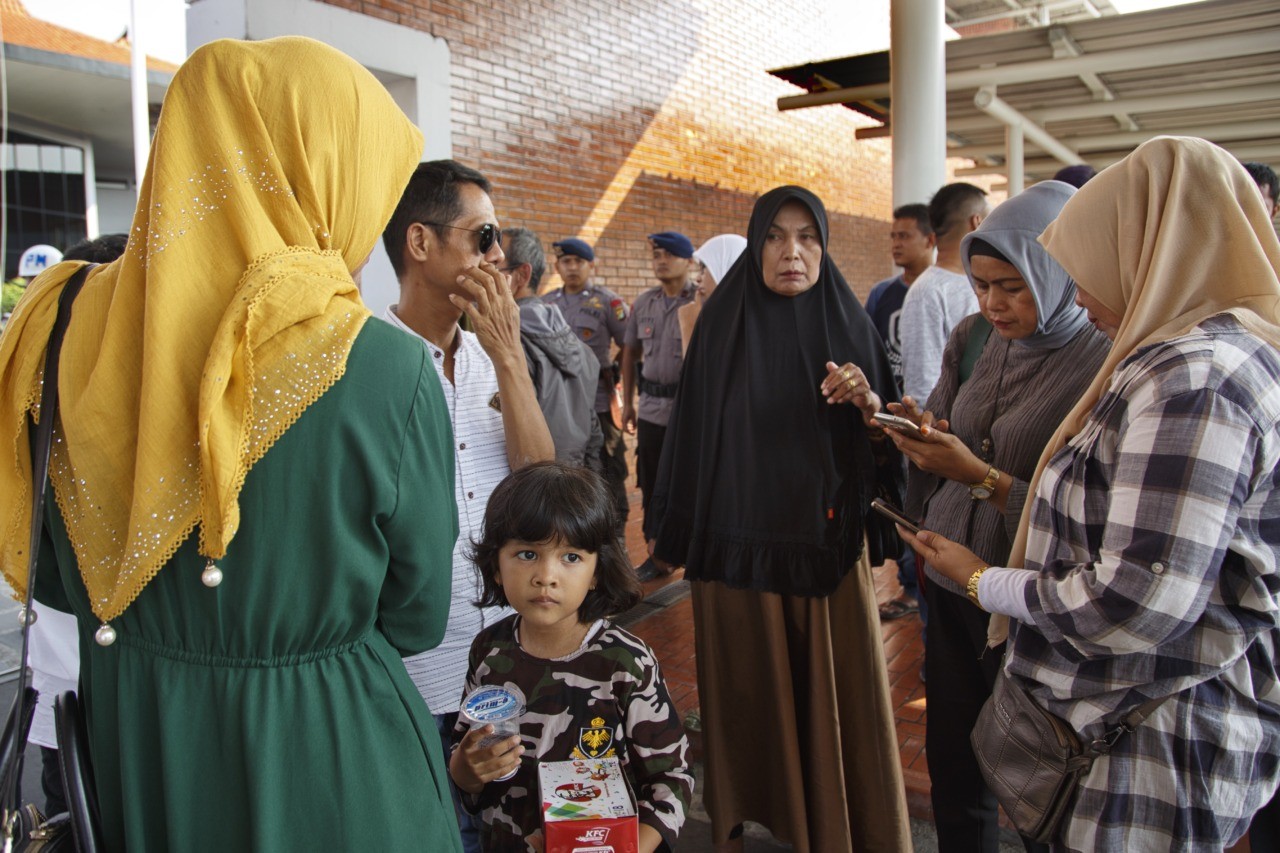 A family whose relative was on the Lion Air flight JT 610 wait for news at Soekarno Hatta Airport on October 29, 2018 in Jakarta, Indonesia. (Ed Wray/Getty Images)

It continued to suffer safety issues throughout the years. Reuters notes that, in addition to the one crash, six jets “were damaged beyond repair in various accidents” between 2004 and today. It adds that LionAir struggled to such an extent with safety issues that the continent of Europe banned it from flying there between 2013 and 2016.

Search and rescue crews continues to look for the jet remains and black boxes that will more clearly indicate what occurred on Monday’s flight. Experts note that the water the plane crashed in was only about 30 meters deep, relatively shallow, so finding the black boxes should not take as significant an amount of time as in deeper water.

Various Indonesian reports confirm that searchers have found the remains of six people at press time.