LOS ANGELES — Retail shops and storefront offices hurried Monday afternoon to board up their windows and doors, ahead of possible violence and looting in Los Angeles, Santa Monica, and surrounding areas.

The National Guard deployed throughout the city, including (above) in front of the new Palisades Village Shopping Center in Pacific Palisades, a wealthy area home to many Hollywood A-list celebrities and local professionals.

The area had not yet been hit by rioting, as of Monday, but local leaders were anticipating that possibility after looters destroyed much of the retail district in nearby Santa Monica on Sunday afternoon. The rampage occurred alongside a “Black Lives Matter” protest against the killing of George Floyd by police in Minneapolis, Minnesota, last week.

Larger chain stores — including Target, Verizon, and others that have been vandalized elsewhere — were virtually encased in plywood: 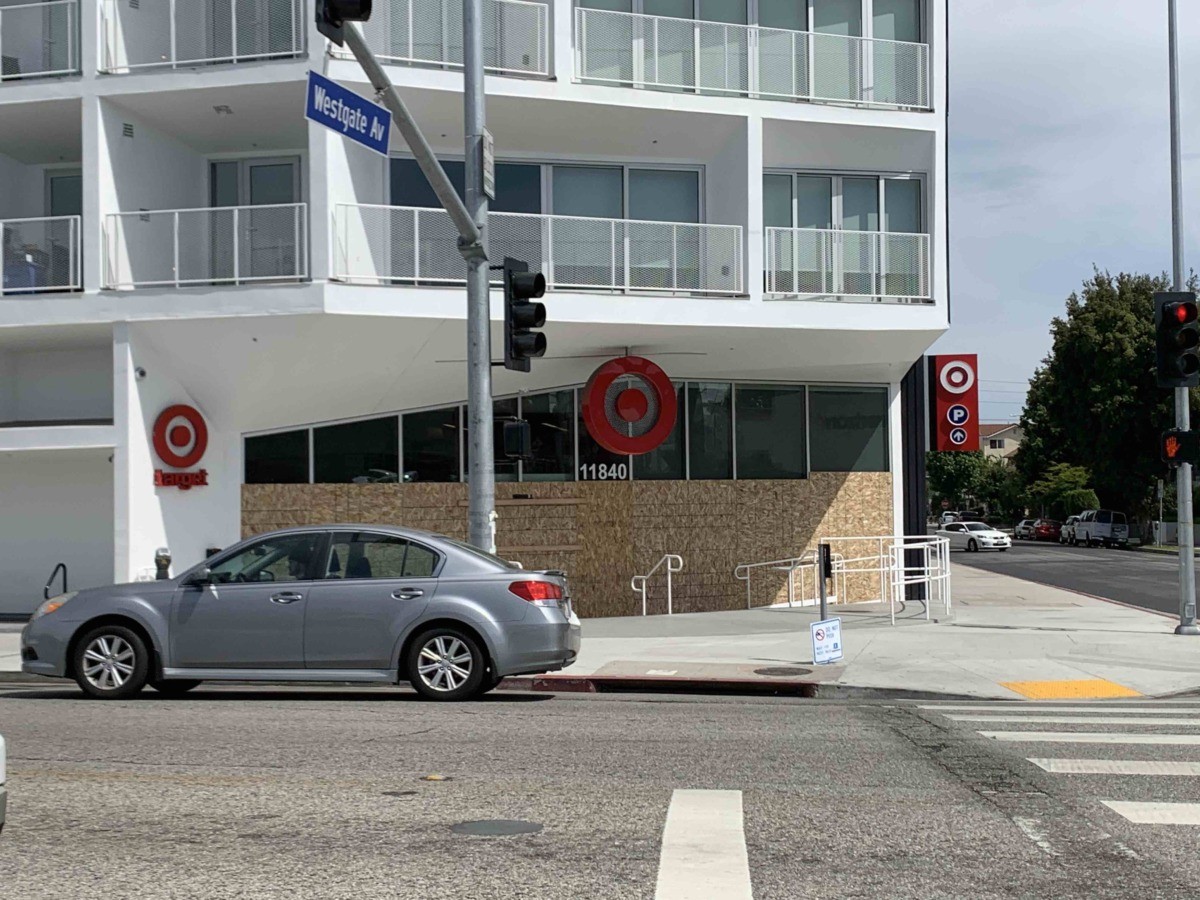 Smaller businesses rushed to catch up, across Los Angeles and in Santa Monica — like the grocery store below: 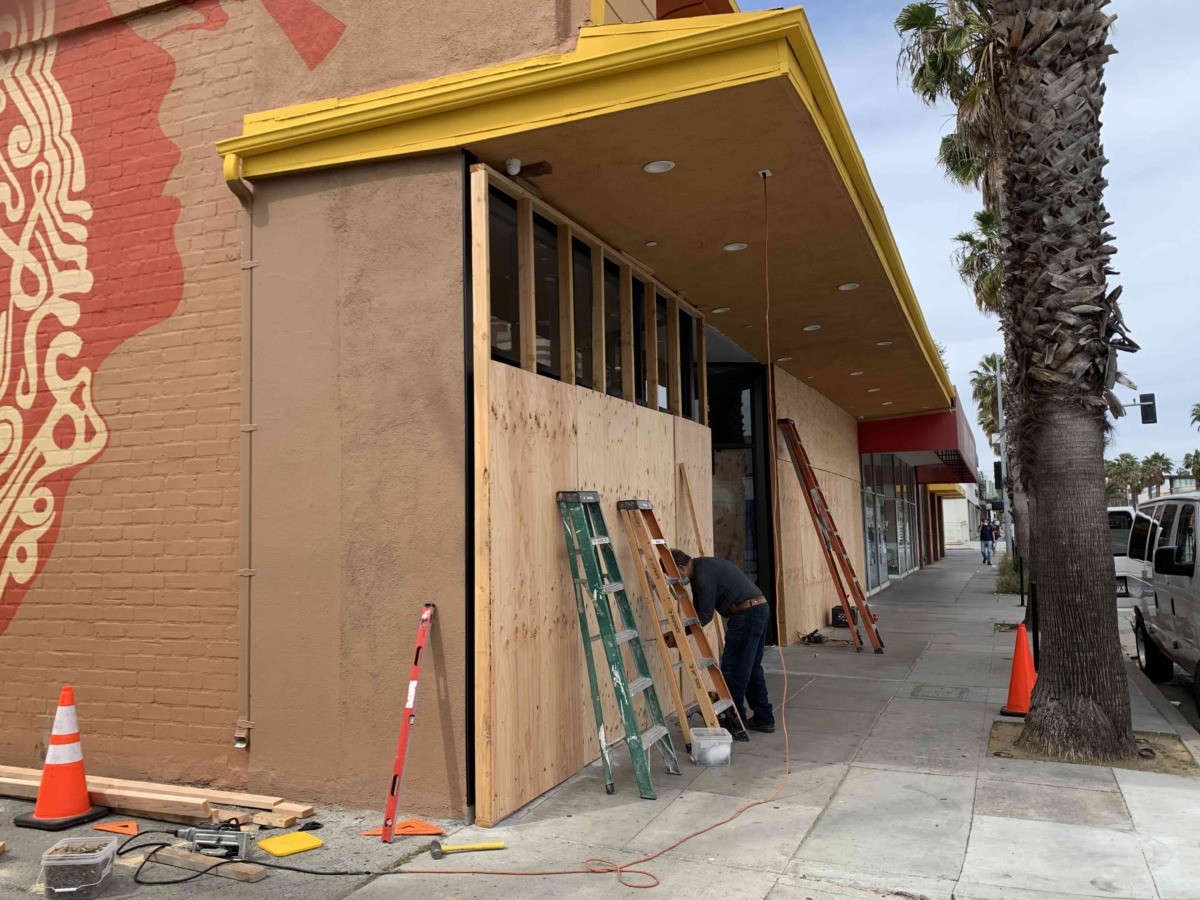 The Fairmont Miramar hotel, a resort on the cliffs overlooking the ocean and a popular nightspot for the whole region, was completely boarded up across its wrought-iron gates: 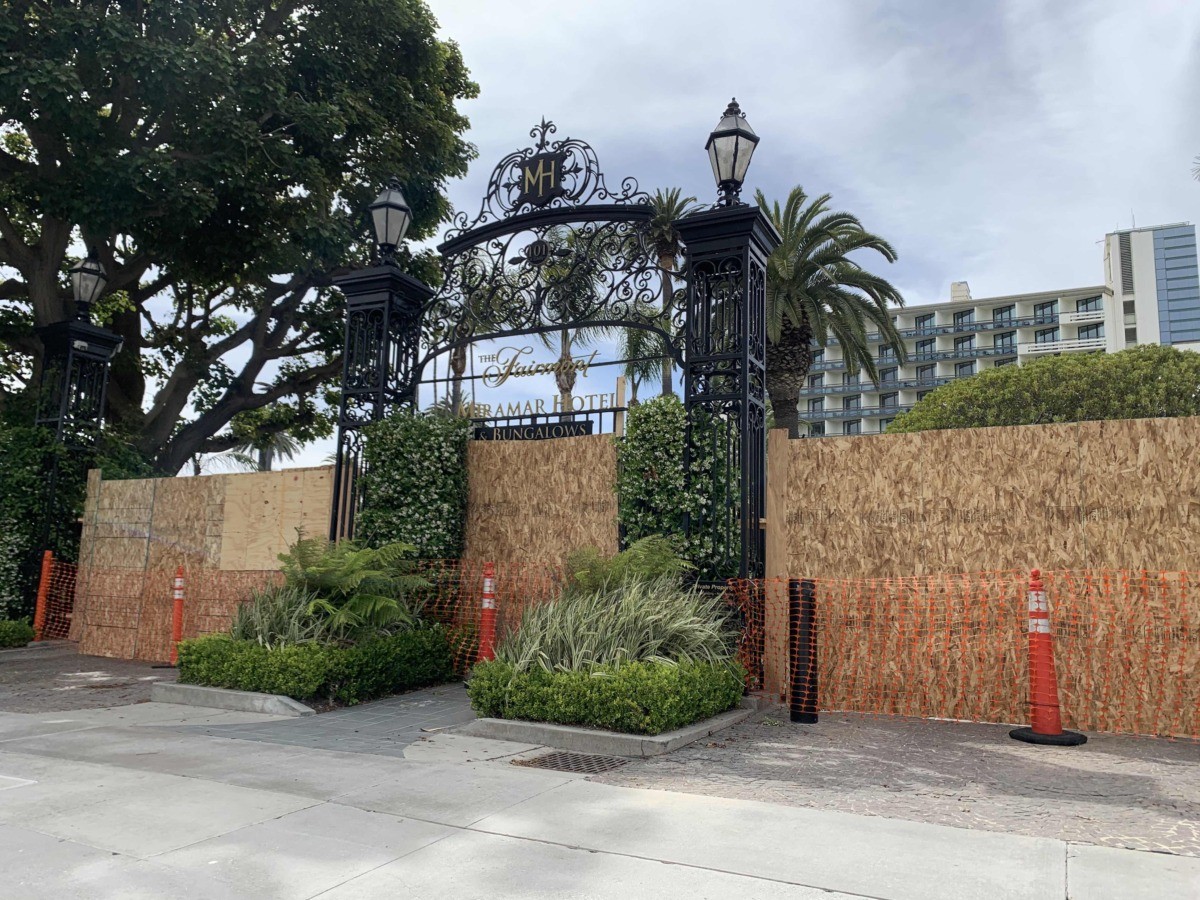 President Donald Trump urged state and local authorities on Monday to establish the presence of “overwhelming” force against any would-be rioters until tempers had cooled, saying the situation had escalated far beyond legitimate and peaceful protest.