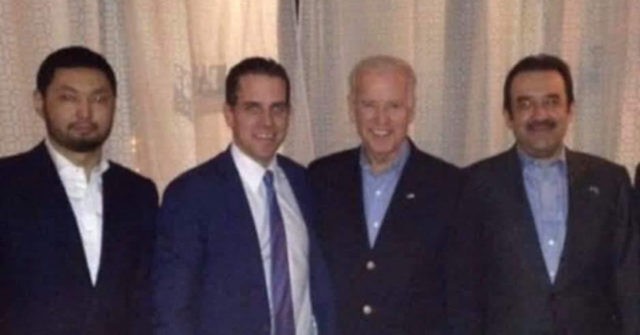 At far left, the photo shows Kenes Rakishev, described as “a relative and junior partner of [oligarch] Timur Kulibayev.”

Rakishev’s personal website identifies him as an “international businessman, investor and entrepreneur.” It adds that he is “regarded as one of the most influential businessmen in Kazakhstan,” with “business interests spanning technology, oil & gas, finance, shipbuilding, and metals & mining industries.”

The Mail can reveal that between 2012 and 2014, Hunter worked as a sort of go-between for Kenes Rakishev, a self-styled ‘international businessman, investor and entrepreneur’ with close family connections to the kleptocratic regime of his homeland’s despotic former president Nursultan Nazarbayev.

Emails passed to this newspaper via anti-corruption campaigners from the Central Asian country reveal that Biden Jr held extensive meetings with Rakishev, who was looking to invest a portion of his personal fortune in New York and Washington DC. He also travelled to the Kazakh capital of Astana to hold business discussions.

Hunter Biden then attempted to persuade Rakishev to buy into a Nevadan mining company, brokering a series of meetings with the firm, before convincing him to invest a cool million dollars with Alexandra Forbes Kerry, the film-maker daughter of Democrat Senator and former Presidential candidate John Kerry.

Rakishev was recently named in a U.S. Senate report into Hunter Biden’s foreign business activities, which noted that the oligarch gave $142,300 to Devon Archer, Hunter Biden’s business partner, ostensibly for a car:

Breitbart contributor Peter Schweizer reported in his 2019 book, Secret Empires: How the American Political Class Hides Corruption and Enriches Family and Friends, that the Morgan Stanley account into which the “car” funds were paid was “controlled by Archer and received large sums of money from foreign entities.”

According to court documents cited by Schweizer, that account received funds from the Ukrainian energy company Burisma; from the Chinese company Bohai Harvest RST (BHR); and from a company controlled by Rakishev, Novatus Holdings.

Investigative journalist Matthew Tyrmand provided Breitbart News with an email from early 2014 in which Archer indicated that he would be hosting Kazakhstan’s “Secretary of State” in Washington, DC.

The email came via Tyrmand from Bevan Cooney, a former business partner of Hunter Biden and Devon Archer, who is currently serving time in federal prison for a 2016 conviction in a bond fraud scheme.

As Breitbart News reported last week: “Cooney … believes he was the ‘fall guy’ for the fraud scheme and that Archer and Hunter Biden had avoided responsibility.” Archer’s conviction had been vacated, but was recently reinstated, and he is currently awaiting sentencing.

The photograph of the Bidens with Rakishev and Massimov appears to have been taken at Café Milano in Washington, D.C. The iconic restaurant’s logo appears on the drapes in the background (backwards in the photo). The date of the photograph is unknown.

Joe Biden is known to frequent the restaurant:

Café Milano was also the target of a bizarre foiled Iranian terror plot aimed at the Saudi ambassador, who apparently also ate there often.

The Washingtonian reported in 2013: “Vice President Joe Biden and his wife are regulars … Cafe Milano has the distinction in Washington of handling high-profile visits with aplomb. On any given night, there might be some dignitary with security in the room.”

Joe Biden has previously declared: “I have never discussed, with my son or my brother or with anyone else, anything having to do with their businesses. Period.”