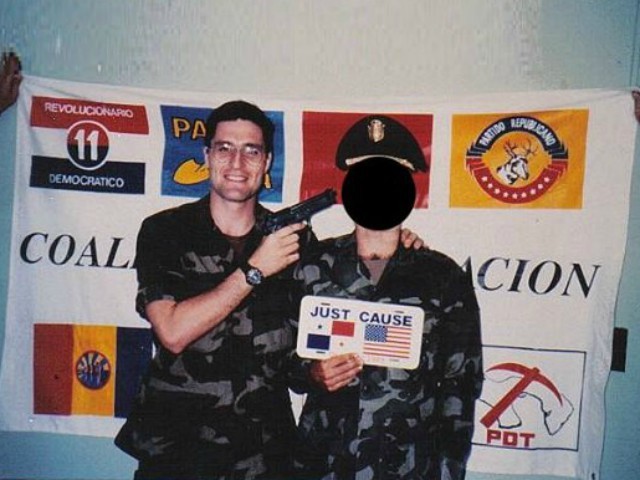 A photo has emerged showing Democrat Congressional candidate George Scott (PA-10) pointing a gun at an American soldier in what was allegedly a prank about handling captives.

According to Penn Live, Scott indicated that pointing the gun at the soldier’s head was to produce what was “intended as a comic image.”

Scott indicates the photo of him pointing a gun at a fellow soldier was taken in  1989 or 1990, “near [the] completion of Operation Just Cause in Panama.”

Talk radio host, and Rush Limbaugh guest host, Ken Matthews posted the picture of Scott to Facebook and said, “I don’t want this guy anywhere near our U.S. Congress.”