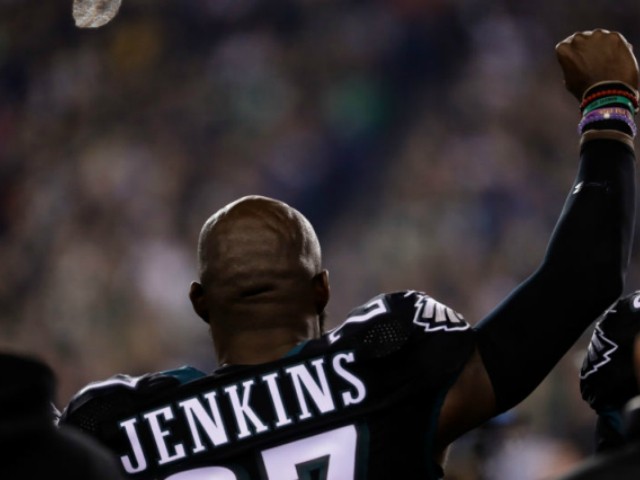 The Philadelphia Eagles used $50,000 of the NFL’s “social justice fund,” to bail nine people out of jail for the Thanksgiving holiday, a report notes.

On the day before Thanksgiving, members of the Players Coalition teamed up with the league to help get nine Philadelphians being held in city jails released on bail, ESPN reports.

Eagles safety Malcolm Jenkins then followed up by arranging for legal services for the nine former inmates. Jenkins also brought in a group of non-governmental community services to help them with their cases.

“We recognize that the only reason that these people were in jail is because they couldn’t afford to get out. If any of them had the resources I did, they would be out,” Jenkins told the media. “So, it’s not a matter of public safety or being convicted of a crime, which they haven’t yet, it’s just they’re simply too poor for their freedom.”

The Eagles had $500,000 in its Social Justice Fund and already distributed $190,000 to the city’s non-profit organizations. According to ESPN, the some of the organizations that have benefited thus far include, “Philadelphia Community Bail Fund, Police Athletic League of Philadelphia, Philadelphia Opportunities Industrialization Center, and the United Way of Greater Philadelphia and Southern New Jersey.”

The Eagles’ Director of Community Relations, Julie Hirshey, said that the team is happy to be “part of the solution,” with team CEO Jeffrey Lurie adding, “We want to give a voice to people who don’t necessarily have them.”

The social justice spending comes from an $89 million fund negotiated with the NFL by the Players Coalition during the height of the controversy over players taking a knee in protest during the playing of the national anthem.