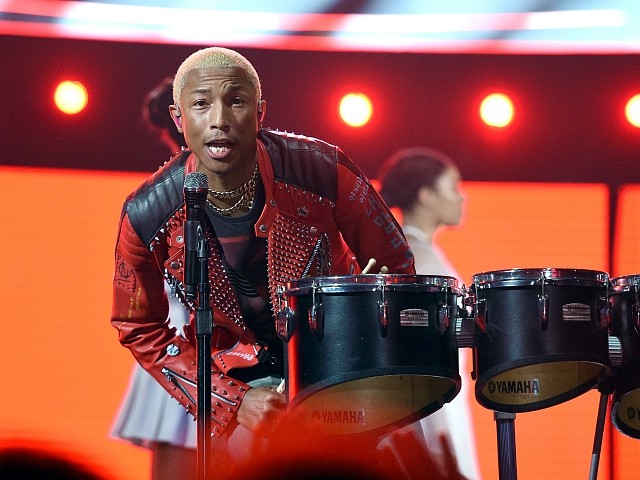 “Every year we celebrate July 4th, Independence Day … but that freedom we celebrate did not include everyone … it’s time we elevate this, not just a celebration by and for some Virginians, but one acknowledged and celebrated by all of us because that’s how important this event is,” Virginia Gov. Ralph Northam said on Tuesday.

June 19, also known as “Juneteenth,” is a day celebrated for the final liberation of black slaves in Galveston, Texas. While the Civil War officially ended with Confederate General Robert E. Lee’s surrender on April 9, 1865 in Appomattox, Virginia, the aforementioned slaves did not learn about their newfound freedom until the arrival of Union troops months later.

“It finally shut the door on enslavement of African American people. And while it did not end racism, black oppression or violence, it is an important symbol,” Northam said.

Pharrell, as he’s commonly called, followed Northam, congratulating the state for “grabbing the bull by the horns,” and saying that Juneteenth deserves the same recognition as Independence Day.  “What I said to [Northam] is yes, we can do better,” Williams said. “A paid holiday, it’s not the end of it, it’s just the beginning of it,” Williams said. “Black lives matter in the eyes of the commonwealth. They didn’t always, but they do now.”

“This year, Juneteenth will look like no Juneteenth before. People of all ages and races, our advocates and allies as well, will together in solidarity for Black people like never before … It’s already happening in the streets,” the “Happy” singer said. “And we love you for that. I’m grateful for those that are standing with us. By the way those are Americans in the streets, not just people who look like me, those are Americans, of all types.”

Pharrell has also proposed Black Lives Matter artwork across the Virginia Beach boardwalk, similar to what has been done in Charlotte, North Carolina, and near the White House in the nation’s capital.

Of course, the N.E.R.D. frontman has been a loud critic of President Donald Trump, calling for him to be held accountable for being “overt with racism.” Pharrell, whose net worth sits at an estimated $150 million, was slammed recently for asking his fans to donate to COVID-19 relief efforts.