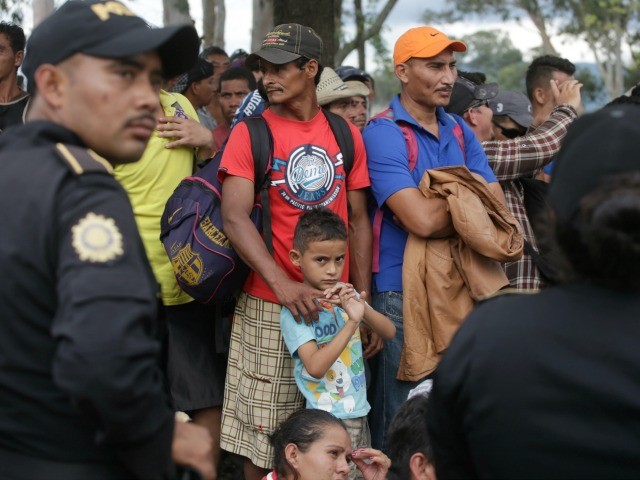 In addition, the study found that 57 percent of Democrats say the way illegal immigrants are treated in the U.S. is a very big problem, versus 15 percent of Republicans.

“Illegal immigration is the highest-ranked national problem among GOP voters, but it ranks lowest among the 18 issues for Democratic voters (75% and 19%, respectively, say it is a very big problem),” the study said.

The study, conducted September 24 – October 7 among 10,683 adults, including 8,904 registered voters, was released last week and comes as a migrant caravan of thousands of Central Americans are making their way to the United States through Mexico and shows the differences in priorities of Democrat and Republican voters ahead of the midterm elections.

The Democrats don’t care what their extremist immigration agenda will do to your neighborhoods, to your hospitals, or to your schools. They don’t care that the mass illegal immigration will totally bankrupt our country because all the Democrats care about is regaining power, no matter how they have to go about doing it. All the witch hunts, no matter what they do, they just want to gain power. But we’re not going to let them gain power.

“As we speak, the Democrat Party is openly encouraging millions of illegal aliens to break our laws, violate our borders, and overwhelm our nation,” he continued. “The crisis on our border right now as we speak is the sole result of Democrat laws and activists, Democrat judges that prevent us from returning illegal aliens from Central America and all over the world. It’s called catch and release.”

Trump announced Monday he has begun the process of cutting aid to countries that did not stop the thousands of migrants headed to the United States.