Mass immigration to the United States is likely driving up support in key swing states as foreign-born voters and the U.S.-born children of immigrants increasingly account for the electorate, a Pew Research Center analysis reveals.

The analysis reviews the rapid demographic shifts of the American electorate compared to nearly 20 years ago. From 2000 to 2018, the share of non-Hispanic white eligible voters has steadily declined from 76 percent to 67 percent.

The Pew researchers say the nation’s annual admission of about 1.2 million foreign nationals is the reason for the demographic shift, an advantage for Democrats:

Pew Research Center survey data spanning more than two decades shows that the Democratic Party maintains a wide and long-standing advantage among Black, Hispanic and Asian American registered voters. Among White voters, the partisan balance has been generally stable over the past decade, with the Republican Party holding a slight advantage.

The substantial percentage point increase of voters who are not white as a share of the country’s overall electorate was largely driven by second-generation Americans — the U.S.-born children of immigrants — coming of age, as well as immigrants naturalizing and becoming eligible to vote. 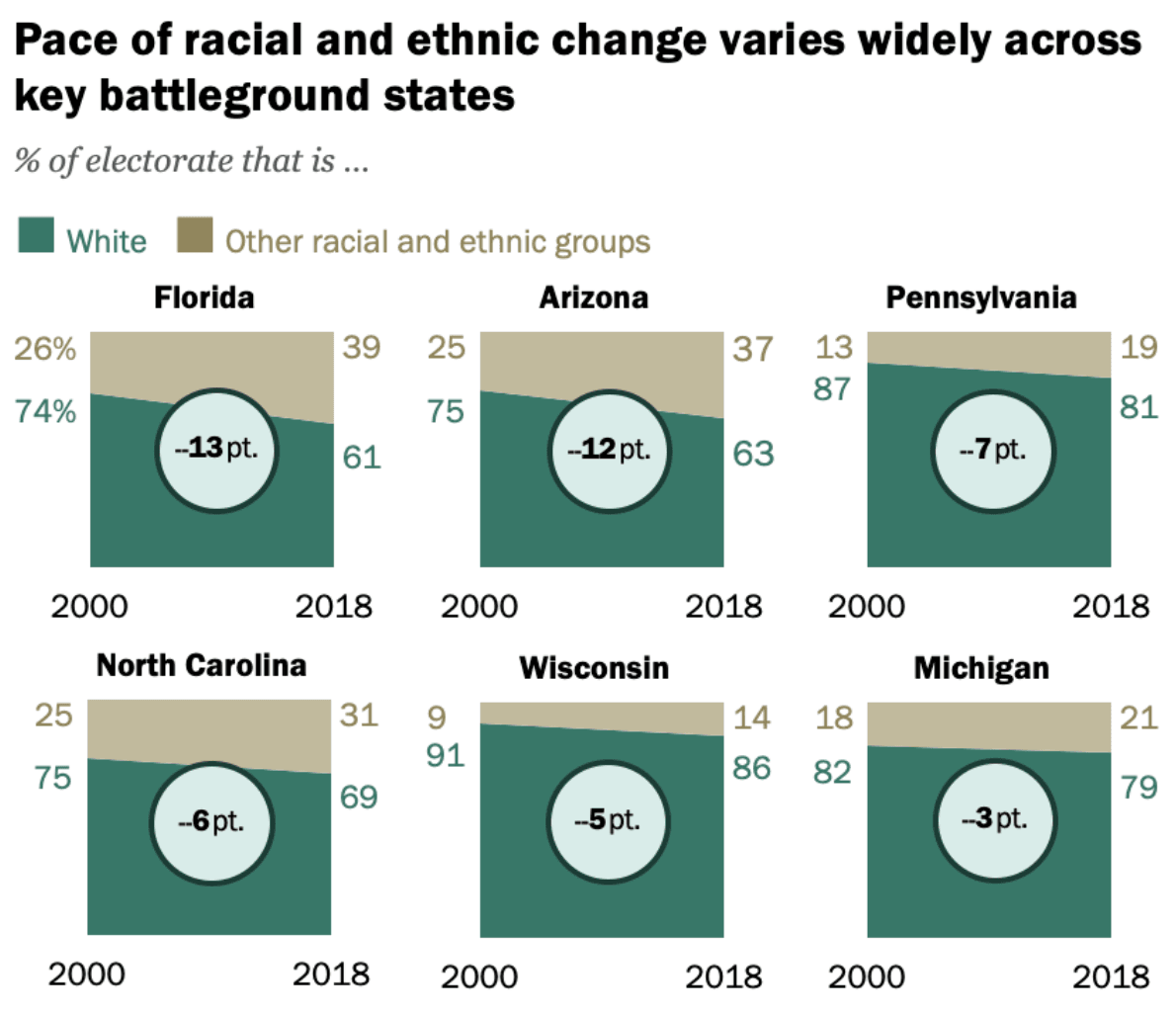 The Washington Post, New York Times, the Atlantic, Axios, the Los Angeles Times, and the Wall Street Journal have all admitted that rapid demographic changes because of immigration are tilting the nation toward a permanent Democrat dominance.

“The single biggest threat to Republicans’ long-term viability is demographics,” Axios acknowledged last year. “The numbers simply do not lie … there’s not a single demographic megatrend that favors Republicans.”

In the upcoming 2020 election, about one-in-ten U.S. voters will have been born outside the country. Likewise, Hispanic Americans are set to outpace black Americans as the largest voting minority group in this year’s election.

Such realities have already been seen in the last presidential election.