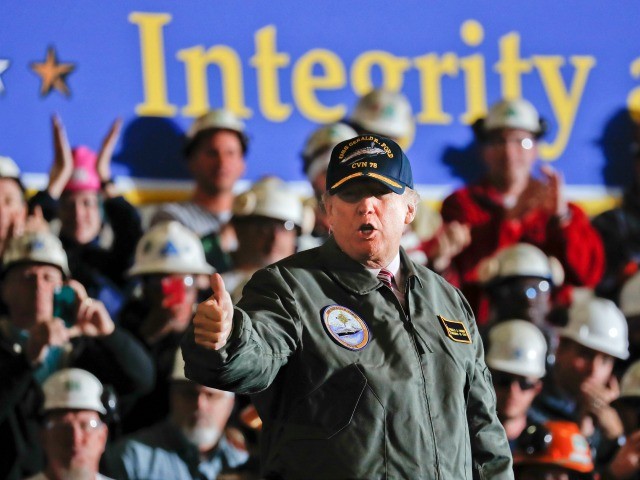 Global concern over U.S. “power and influence” has nearly doubled since the election of President Donald Trump, the Pew Research Center revealed Sunday.

During his election campaign, Mr. Trump complained of the diminishing presence of the United States on the world stage and promised that if elected he would work to restore the nation’s prestige and influence.

In September, 2016, Mr. Trump told his audience at Manhattan’s New York Economic Club that an American economic revival was possible, but to accomplish it, “we must replace the present policy of globalism – which has moved so many jobs and so much wealth out of our country – and replace it with a new policy of Americanism.”

“Under this American System, every policy decision we make must pass a simple test: does it create more jobs and better wages for Americans?” he said.

According to the Pew survey, the “largest change in sentiment” among all the global threats tracked are for those who consider U.S. power and influence to be a major threat to their countries.

Among countries with a “statistically significant increase” in those who name the U.S. as a major threat since Trump took over from Barack Obama, Pew highlighted four: an increase of 30 percentage points in Germany, 29 points in France, and 26 points in Brazil and Mexico.