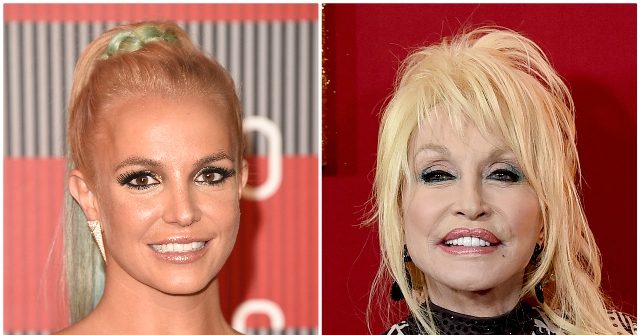 Protesters in Louisiana and Tennessee are calling for the elimination of Confederate monument, and in their place, they want statues erected of pop star Britney Spears and country icon Dolly Parton.

For instance, a resident of Tennessee has started a petition demanding that officials tear down the state’s Confederate statues. “Tennessee is littered with statues memorializing confederate officers,” the petition reads.

But the petition adds that it is time for a new direction with the state’s monuments. “History should not be forgotten, but we need not glamorize those who do not deserve our praise,” the petition states. “Instead, let us honor a true Tennessee hero, Dolly Parton,” it says.

The petition goes on to insist that the monuments have a dark and anti-American history.

“The vast majority of these monuments to the confederacy were constructed in direct opposition to the reconstruction and civil rights movements of the early 20th century, and the 60’s and 70’s,” the petition says. “Memorials to the Confederacy were intended, in part, to obscure the terrorism required to overthrow Reconstruction, and to intimidate African Americans politically and isolate them from the mainstream of public life.”

But Dolly Parton has brought the world nothing but joy and philanthropy, the petition exclaims. “Dolly Parton has given more to this country and this state than those confederate officers could ever have hoped to take away,” it concludes.

Meanwhile, another petition was started by a citizen of the Pelican State who wants a monument raised to “an actual Louisiana hero and influential human being, Britney Spears.”

“Before becoming one of the world’s most important and influential pop legends, Britney Spears was living life in a small southern town by the name of Kentwood, Louisiana,” the petition explains, adding, “She’s already earned her star on Hollywood’s Walk of Fame, and now it’s time for her home state to honor her with the tribute that she deserves.”

Spears, the petition insists, is a model because she is an “inspiration to millions . . . by not only overcoming highly publicized mental breakdown, but by continuously working towards improving herself.”

The petition concludes demanding that Louisianans “do the right thing” and replace Confederate statues with images of Spears.

“She’s already earned her star on Hollywood’s Walk of Fame, and now it’s time for her home state to honor her with the tribute that she deserves,” it says.

The petitions come as historical statues are being torn down across the country. More recently, lawmakers in Delaware took down a statue of Christopher Columbus and a statue of a former Delaware leader Caesar Rodney, who owned slaves. Rodney rode 70 miles through a thunderstorm to Philadelphia in 1776 to cast the deciding vote for Delaware to join 11 other colonies in voting for a resolution to declare independence from Great Britain.

The Associated Press contributed to this article.