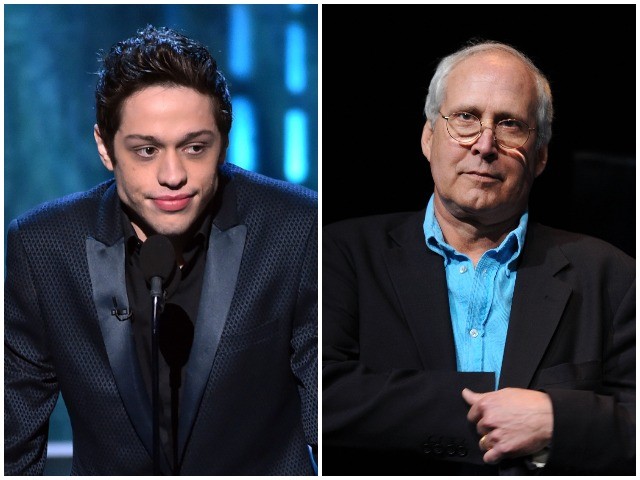 Comedian and Saturday Night Live star Pete Davidson attacked Chevy Chase, calling him a “fucking douchebag” and a “racist” in a recent interview after Chase mocked SNL for no longer being funny.

“Fuck Chevy Chase. He’s just a genuinely bad, racist person and I don’t like him. He’s a putz,” Davidson said, also saying that Chase “had a big career and then it stopped because everybody realized he’s a jerkoff.”

“He should know more than anybody. It’s disrespectful to Lorne, too, a guy who gave you a career. No matter how big you get, you can’t forget what that guy did for you,” Davidson said, referring to Lorne Michaels, the creator of SNL.

Davidson’s comments come after Chase told the Washington Post that SNL now has the “worst fucking humor in the world.”

“I don’t want to put down Lorne or the cast, but I’ll just say, maybe off the record, I’m amazed that Lorne has gone so low. I had to watch a little of it, and I just couldn’t fucking believe it,” the Caddyshack star also said.

Davidson is an outspoken critic of President Donald Trump. He has called Trump a “fucking psycho” and told him “Fuck you bitch” in a social media post.

The 24-year-old comedian also has a literal tattoo of Hillary Clinton on his leg. Upon announcing that tattoo last year, Davidson called Clinton his “hero.”

“Thanks for being such a badass and one of the strongest people in the universe,” he wrote on Instagram.