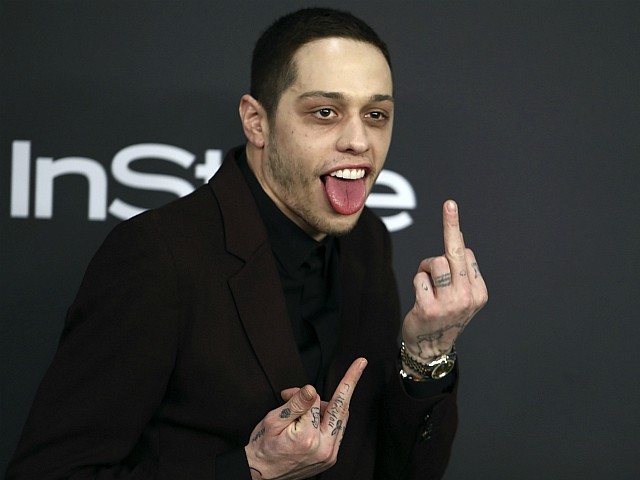 At one point during his routine at The Bell House in Brooklyn, New York, Davidson relayed a story about the time he was babysitting his friend’s child. The baby was teething. Davidson noticed the baby sucking his finger, but in “good” way he quipped.

“I don’t want to fuck this baby but he’s asking for it,” Davidson said, according to the Montreal Gazette. He later added that he’s not into having sex with babies but if he was, he would choose that baby.

The 25-year-old star’s been on a tour of sorts called “Pete Davidson And Friends” since earlier this month, amid a media frenzy he stirred after posting a social media message saying he didn’t “want to be on this earth anymore.”

The missive was seen as a cry for help. His SNL boss Lorne Michael obliged and implored Davidson to seek psychiatric treatment. His pop superstar ex-girlfriend tried and failed to reach out mere months after an ugly breakup. The NYPD conducted a “wellness check” to confirm Davidson wasn’t a danger to himself.

At another point in his New York City show, Davidson reportedly talked about R. Kelly’s recent sex crime allegations and said he hopes the “evil” R&B legend is brutally murdered.
“I thought I was having a bad year” Davidson said, adding that he wished R. Kelly would “get shot in the fucking face.”

Davidson, who has a tattoo of failed presidential candidate Hillary Clinton on his leg, also reportedly wished death on embattled comedian Louis C.K. during a January stand up set.