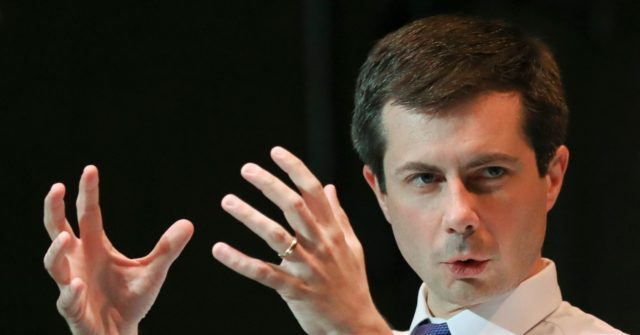 Mayor Pete Buttigieg met with children in Palo Alto, California, on Sunday, telling them the president was “really mean” during a family brunch event for his campaign.

One of the children asked Buttigieg how he was going to defeat President Donald Trump in 2020.

“We can’t play his game, You know how he’s really mean? He likes to call people names? ” he asked. “If we do it his way, I think we’re going to lose, so we have to change the whole game.”

Buttigieg told the child that he would focus his campaign on issues that mattered in people’s lives, not just the fight with Trump. He also said he was the ideal challenger to Trump in 2020 because he was the “opposite.”

For today’s event in Palo Alto, Pete asked all the children to sit in front and ask the first questions. Why?

“When you look into the eyes of a child, your moral priorities suddenly become clearer.”

Here, he answers a young girl’s question on how he will beat Trump. pic.twitter.com/Z0nPkQxFBq

“A lot of times, when Americans are picking a president they kind of want the opposite of the last president, part of why we think I’m the best candidate to beat Trump,” he said.

Buttigieg answered some other questions at the event, including promising one kid a bigger bunny and choking up in response to a question about ending school shootings.

Future journalist Abe Lyons asking the hard-hitting questions of @PeteButtigieg cc: @Jonathan_Lyons “Can I have an even more bigger bunny?” pic.twitter.com/nqmLG75WUM

He spoke about implementing gun control to keep weapons away from schools.

“We cannot let you down,” he said. “Those of us in elected office owe it to you to do whatever it takes, even if it means losing an election every now and then, to keep you safe.”

@PeteButtigieg tears and chokes up with emotion when 2nd grader asks how to keep schools safe from mass shootings. #2020 pic.twitter.com/1U9VQ4YZZg