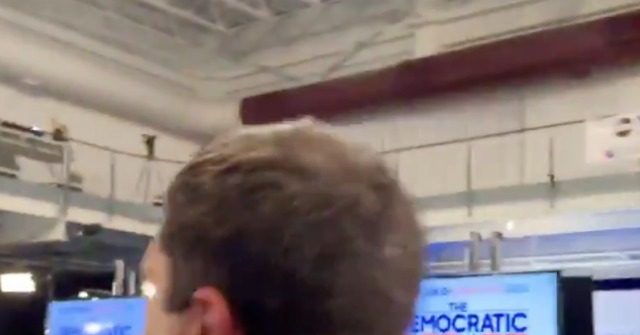 HOUSTON, TEXAS — South Bend Mayor Pete Buttigieg ignored a question from Breitbart News after the third Democrat debate over whether he still supported pulling out U.S. troops in Afghanistan within a year.

Here’s @PeteButtigieg running away from me as I asked whether he supported pulling out troops from #Afghanistan in a year. 😒😒😒 pic.twitter.com/m7cxMf1NF6

Buttigieg is the only other military veteran running for president, besides from Army National Guard Major Rep. Tulsi Gabbard (D-HI), who did not meet the threshold set by the Democrat Party to participate in the debate.

During the debate, ABC News anchor David Muir asked Buttigieg if he would put his promise to bring U.S. troops home within a year on hold after the Chairman of the Joint Chiefs of Staff Marine Gen. Joseph Dunford recommended leaving U.S. troops there to deal with ongoing violence.

Buttigieg noted that he worked for Dunford but did not respond to this specific question. Instead, he said, “We’ve got to put an end to endless war.”

He said the way to end the war is to “see to it that that country will never again be used for an attack against our homeland, and that does not require an open-ended commitment of troops,” but he did not give any specifics on how many troops it would take.

There are currently more than 14,000 U.S. troops in Afghanistan. President Trump has expressed a desire to withdraw troops from Afghanistan, perhaps leaving a small number of forces to fight terrorists.

The Trump administration was reportedly working on a plan to withdraw troops down to 8,600 in exchange for a promise by the Taliban not to allow terrorists to use the country as a safe haven from which to launch attacks against the U.S.

However, Trump blew up the talks after the Taliban took credit for a recent attack that killed a U.S. soldier.

Buttigieg did not say how he would end the war, or whether he would still bring troops home within a year, but said he would make sure as president that future authorizations for the use of military force would have a three-year sunset.

He then attacked Trump for Air Force crews staying at his hotel property in Scotland, although a recent report by Politico showed that crews had been staying there since 2015 — two years before Trump became president and during the Obama administration.