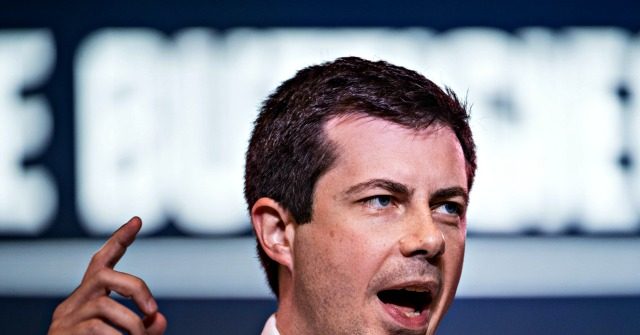 Mayor Pete Buttigieg wants to defeat President Donald Trump so decisively in the 2020 presidential election that everything the president stands for will be rendered political poison.

“As a candidate for president, the best thing that could happen is to defeat not just Trump, but Trumpism,” Buttigieg said in an interview with CNN’s Chris Cuomo on Thursday.

The South Bend mayor said he was encouraged by Republicans he met who are “furious” with what President Trump is doing in office.

He urged Americans to give “such a thumping in November 2020 against Trumpism and everything associated with it that it creates the shockwaves required to reunite Republicans in elected office with their conscience or lead to the dissolution and reinvention of that party.”

In 2018, Time magazine posited that President Trump had created a political revolution of economic populism that would outlast Trump’s presidency.

The president shared a GIF of the cover on Twitter, joking that he will remain in office after his second term:

Cuomo asserted that Buttigieg is too young and “too nice” to beat Trump, prompting the mayor to talk tough.

“I believe in kindness, but no one should mistake my kindness for weakness,” he said.

Buttigieg expressed confidence that his experience as a mayor would show Americans his leadership abilities, emphasizing his military service and his roots in the Midwest.

“I live in a middle-class neighborhood in the Midwest and drive a Chevy. I don’t helicopter around to golf courses with my name on it,” he said.

Buttigieg added that he could not respect Trump as the President of the United States, saying:

He has done nothing to command my respect, I’ll say that, because he doesn’t respect his own presidency. And, frankly, at a deeper level, I don’t think he respects himself. I think he has created a sort of cartoon character, which is fine if you are a reality TV star where you’re playing a part, even when the part is yourself. When you are President of the United States, lives depend on your integrity, on your wisdom, on your judgement, and I just don’t see it in this White House.

When Cuomo remarked that he was “jealous” of the young South Bend mayor for not having a single grey hair on his head, Buttigieg replied, “Every time I open Twitter, I get a new gray hair.”