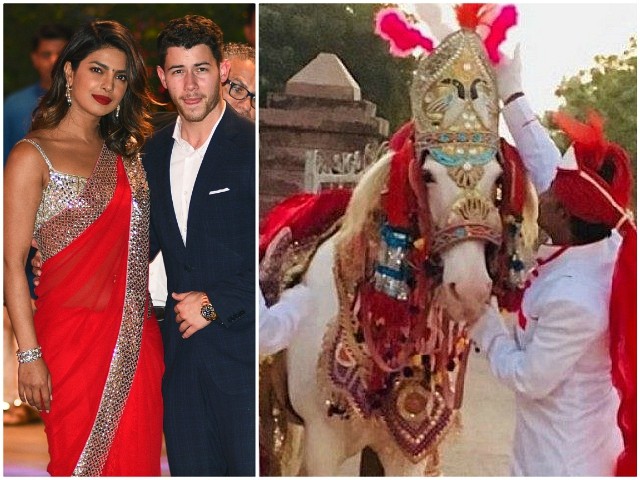 PETA attacked singer Nick Jonas and actress Priyanka Chopra over their use of a horse and an elephant in their wedding this weekend.

According to PageSix, PETA was upset that the couple’s wedding featured “a white horse outfitted in red and gold, which the former Jonas Brother used to make his grand entrance.” There was also reportedly a white elephant with seats on its back present, as the wedding featured traditional Hindu ceremonial customs.

The animal rights organization issued a statement Monday reading, “Priyanka was ill served by not being advised of the firestorm that would be caused by participating in animal abuse.”

“It doesn’t make a person look big or glamorous to promote cruelty to animals who have no choice but to serve. It makes them look small. Overwhelmingly, these days, PETA is delighted to see so many celebrities who feel passionately about protecting animals,” the statement also said.

PETA’s rhetoric and tactics are notorious for being unhinged. Earlier this year, the group seized on an internet meme popularized by white nationalists about how drinking milk is a sign of being white.

“Cow’s milk really is the perfect drink of choice for all (even unwitting) supremacists, since the dairy industry inflicts extreme violence on other living beings,” an article published on the website read.

The article also warned readers, “Before you pour a glass of the ‘white stuff,’ please remember that it isn’t the ‘right stuff,’ unless it’s almond, soy, oat, coconut, or another vegan milk option.”