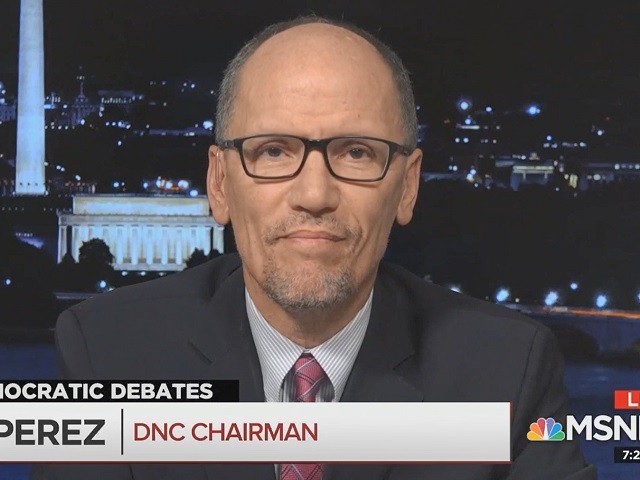 On Wednesday’s broadcast of MSNBC’s “All In,” DNC Chair Tom Perez discussed the party barring Fox News from hosting a 2020 Democratic presidential primary debate and stated that he isn’t concerned with people like FNC anchor Chris Wallace, but he is worried that “at the highest levels of Fox News, they’re not playing it straight.”

Perez said, “I have great respect for Chris Wallace, and my concern is not about Chris Wallace. It’s about people above Chris Wallace. Because what we have seen now, and it’s been really — most recently now in the New Yorker story, is that, at the highest levels of Fox News, they’re not playing it straight. And again, this isn’t about Chris Wallace. I have respect for him. But I do not have the confidence that we need to take such an important part of the nomination process, these debates, and trust them to folks who, at the top levels, are consulting Donald Trump before they do anything. I couldn’t do that.”