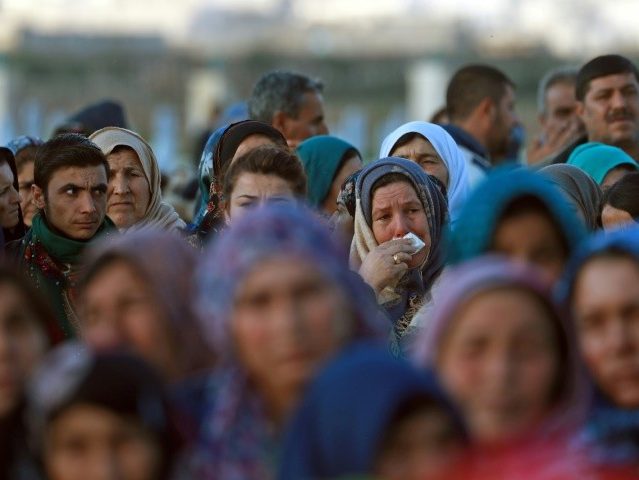 The Pentagon on Wednesday urged Turkey to suspend its planned operation into territory in northeastern Syria controlled by Kurdish militias fighting the Islamic State (ISIS/ISIL) with the support of the United States.

“Unilateral military action into northeast Syria by any party, particularly as U.S. personnel may be present or in the vicinity, is of grave concern,” Cmdr. Sean Robertson, a Pentagon spokesman, declared, Hurriyet Daily News reports. “We would find any such actions unacceptable.”

“Coordination and consultation between the U.S. and Turkey is the only approach to address issues of security concern in this area,” he also said, adding, “We have solemn obligations to one another’s security. We are fully committed to Turkey’s border security.”

Earlier on Wednesday, the president reportedly cautioned that Turkish troops would begin a military offensive east of the Euphrates river in northern Syria in a “few days.”

“We will start the operation in east of the Euphrates in a few days to save it from the separatist terrorist organization,” Erdogan said, referring to the YPG. “Turkey’s target is never the U.S. soldiers, but rather the members of the terror group.”

Although America’s NATO ally Turkey considers the U.S.-backed Kurdish People’s Protection Units (YPG) to be a component of the Kurdistan Worker’s Party (PKK) terrorist group, the United States continues to support the Syrian Kurds in their fight against ISIS.

The U.S. has helped YPG fighters, the military wing of the Democratic Union Party (PYD), maintain control of large swathes of territory in northern Syria close to the Turkish border.

U.S. support for the Syrian Kurds has strained relations between Washington and Ankara.

Although James Jeffrey, the State Department’s special representative for Syria engagement, has also cautioned Turkey against taking action against the Syria Kurds, the U.S. official has repeatedly conceded that the YPG maintains a relationship with the terrorist PKK.

In an apparent effort to appease Turkey’s concerns over the YPG, Jeffery told reporters last week that “Washington’s support for the Kurdish warriors is tactical and temporary, stressing the need to collaborate closely with Turkey to reach a final solution in Syria,” according to Asharq Al-Awsat.

The United States remains committed to working with Turkey to address Turkish security concerns, including along its borders, and we support Turkey in its fight against the PKK, while attempting to reduce tensions. And as we have said before, uncoordinated, unilateral military action into northeast Syria by any party, particularly where U.S. personnel are present, is of great concern, and any action that endangers U.S. personnel is unacceptable.

Jeffrey did acknowledge the YPG’s vital support to the U.S.-led coalition’s efforts against ISIS.

Ankara’s military advances against in northern Syria over the past two years have placed U.S. service members directly in the path of advancing Turkish troops.

Even as Turkey aims to crush the U.S.-backed YPG fighters, Ankara and Washington have been working to avert confrontation.