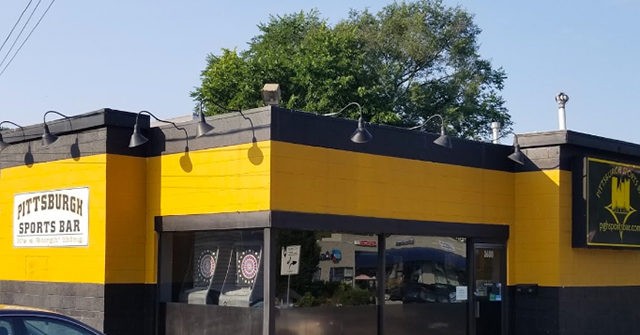 Gov. Tom Wolf (D) is continuing to crack down on Pennsylvania businesses, with the state suspending liquor licenses from establishments accused of operating in violation of his lockdown orders.

“Pennsylvania State Police Bureau of Liquor Control Enforcement (BLCE) on behalf of the Pennsylvania Liquor Control Board (PLCB) has suspended LID# 67378, Rusty’s Pittsburgh Sports Bar LLC for not adhering to the Governor’s mandate to cease the sale of food and alcohol for on-premises consumption,” a notice on the door of the Castle Shannon sports bar reads.

The state issued the suspension on Tuesday, which also includes the prohibition of sales for takeout and delivery:

LIQUOR LICENSE SUSPENDED: Rusty’s Pittsburgh Sports Bar in Castle Shannon just had its liquor license suspended for violating @GovernorTomWolf’s order to stop the sale of alcohol and food for on premises consumption. @KDKA spoke to the bar’s attorney. Hear from her at 6:15. pic.twitter.com/B3WFykfQKz

The owner’s attorney noted that the owner does not believe he violated any guidelines. However, she said he has been accused of violating Section 462 of the liquor code.

“That section of the liquor code is where they were allowed to temporarily close all the licensed places given the period of emergency that’s been declared by the governor,” attorney Holly Guna said, according to KDKA.

“He realizes the severity of the situation and the reason behind the governor’s order but does believe he was operating within the guidelines,” she added.

The sports bar is not the only establishment targeted by the state in recent days:

In addition to Rusty’s, two other restaurants in Southwestern PA had its liquor licenses suspended. One in McKeesport this week, and one in Westmoreland County at the end of April. pic.twitter.com/4xWXS6pVvV

The businesses cannot resume operations — even offering takeout or delivery — until the liquor control board lifts the suspension or the governor revises his orders.

“In other words, if the coronavirus lockdown didn’t kill the bars’ business, the spreading liquor license suspensions just might,” PennLive adds.

Wolf initially issued his threats during a press conference last week, as rumblings of a “mutiny” forming among county leaders grew.

“You business owners, these politicians put you at risk of losing your health department certificate,” he said, threatening to rescind their liquor licenses and certificates of occupancy.

Many Democrat governors, however, have largely failed to successfully enforce their far-reaching lockdown orders.

Illinois Gov. J.B. Pritzker (D) this week withdraw a harsh emergency rule, which could have had noncompliant businesses facing a Class A misdemeanor for violating his orders, ushering in the potential of jail time and a fine of up to $2,500.

Even Wolf, while pursuing the suspension of licenses from struggling businesses, admitted that he would not ask Pennsylvania Attorney General Josh Shapiro (D) to act in areas where district attorneys will not prosecute businesses for reopening in regions under his lockdown orders.

Wolf made waves this week after asserting that life will not be able to fully resume to normal until there is a “foolproof” vaccination — something skeptics say may never come to fruition, as no vaccine for a coronavirus has ever been approved.

“I think that’s what it’s going to take to really get our economy back to normal, and I really think that can’t happen fully, 100 percent until we have a vaccine that is foolproof,” Wolf said on Wednesday. “That’s my own stance.”