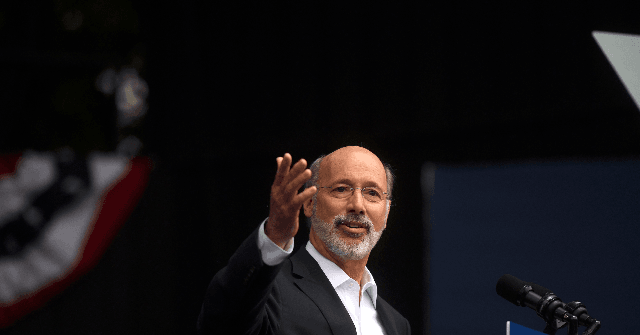 The Commonwealth of Pennsylvania will foot the postage bill for mail-in-ballots in November’s general election, officials announced Friday.

The state government plans to use money from the federal emergency coronavirus aid bill to cover the cost of postage, which could total several million dollars to cover 55 cents per ballot, NBC 10 Philadelphia reported.

Under the state’s plan, voters who receive a mail-in or absentee ballot will also receive a postage-paid ballot return envelope.

The postage coverage comes as the state plans to increase its vote-by-mail push in the battleground state.

President Donald Trump has long berated Democrats over vote-by-mail, claiming it leads to an increase in voter fraud. He has warned that activists could take ballots out of mailboxes, double-count ballots, or print off their own ballots and sign them.

Democrats claim that vote-by-mail for the November election is necessary to protect people from the coronavirus. But Breitbart News reported that recent data had not shown a compelling public health justification for vote-by-mail.

Wisconsin is one of the only U.S. states that held its primary election with in-person voting after the nation’s coronavirus lockdowns began.

Only a few dozen people at maximum were confirmed to have contracted the virus after participating either as voters or poll workers, and none of those cases were fatal. Out of the 413,000 participants, that equals an infection rate below two-hundredths of one percent.