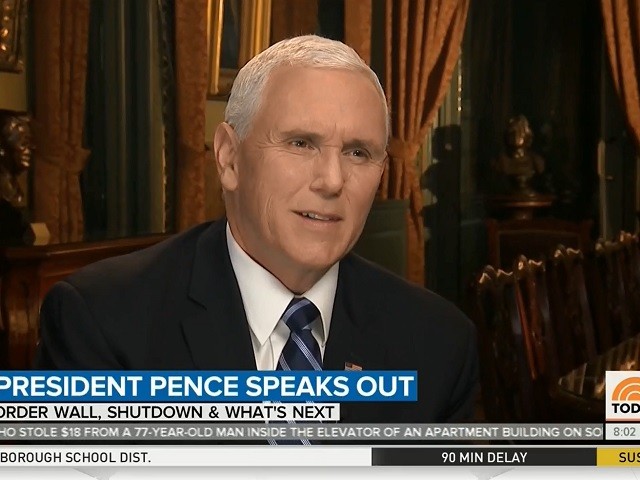 During an interview with NBC broadcast on Tuesday’s “Today,” Vice President Mike Pence stated that President Trump is “looking at and considering” declaring a national emergency to build a wall. He added that Americans expect Washington to “work together” to solve border security.

Pence said, “Well, as he has said, it’s something that he’s looking at and considering. But what the American people expect Washington to do is work together to solve this crisis at our southern border, and it is a real crisis.”