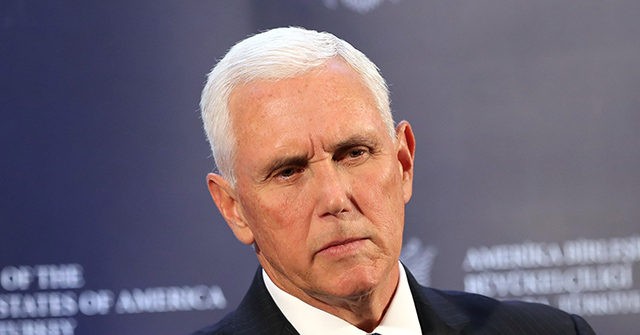 Monday during an interview that aired on Fox Business Network’s “Lou Dobbs Tonight,” Vice President Mike Pence argued the Biden campaign had an obligation to respond to questions about the business dealings of the Biden family in the wake of revelations about Hunter Biden, son of Democratic presidential nominee Joe Biden, in a recent edition of The New York Post.

Pence likened the Biden ordeal to what the Trump administration faced throughout its first term and noted the double standard, as well.

“We just stand for the principle the American people have a right to know what’s going on here. The Director of National Intelligence today, I know, made it clear that there is no evidence to suggest that the information on that computer reported in The New York Post is a result of any disinformation campaign. And the American people have a right to know about the business dealings of the Biden family. I mean, Lou, we just spent the last three-and-a-half years where the Democrat nominee in 2016 had worked with a foreign entity to try and dig up dirt on President Trump. And I don’t remember the media shutting off access to that information.

“The American people looked at it,” Pence continued. “We went through the ordeal of two-and-a-half years of investigations until we found there was no obstruction, no collusion, case closed. But now it just seems like all the pundits, present company excepted and a few others on the Fox networks notwithstanding, they’re all looking the other way. And I just don’t get it, Lou. The stakes in this election couldn’t be higher. The choice couldn’t be clearer. The American people have every right to know about Joe Biden and his family and to get answers. And it’s time for Joe Biden to step up and start answering questions of the American people about — about what was going on before, during and after his service as vice president.”