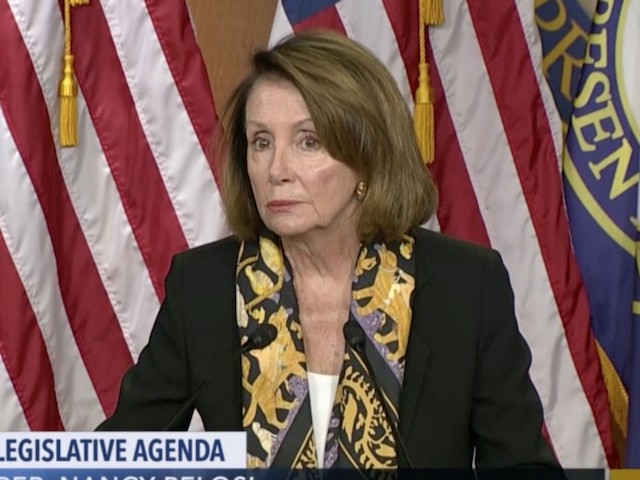 While commenting on the testimony of Professor Christine Blasey Ford and Judge Brett Kavanaugh, Pelosi said, “There are woman out there including my own daughter who think what the president is trying to break thew Me too movement. To just say we don’t care what you have to say.”

When asked if she agrees Trump is trying to break the movement, Pelosi said, “Yes, I do. I do because the lack of respect — well, of course has his own problems with the fact he could be President of the United States with all of the disrespect he has demonstrated against women, and now he’s appointing somebody like him. And I think yesterday with the lack of temperament and lack of dignity in his presentation, that Judge Kavanaugh was doing an imitation of President Trump.”

She continued, “I think there’s criticism in terms of the attitude that they did have. I mean we did see some outbursts on their part and they shall we say lack of respect, I’m trying to be as respectful of them as possible, it’s hard. The lack of respect that they have was demonstrated. I think if you saw Lindsey Graham’s outburst, you would see what the problem is. That’s why I said do they not have sisters, daughters, mothers? Do they not understand?”