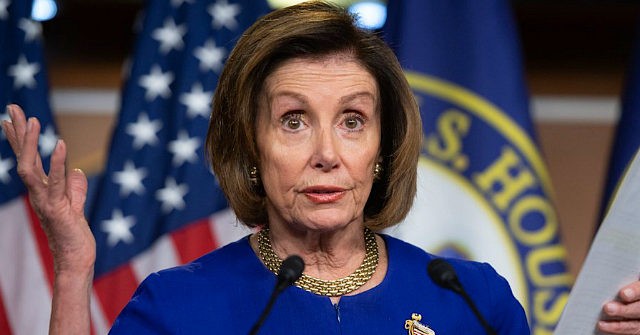 Sunday on ABC’s “This Week,” Speaker of the House Nancy Pelosi (D-CA) said President Donald Trump was fueling the flames of civil unrest brought on by the death of George Floyd in Minneapolis.

Pelosi said, “The president of the United States should bring dignity to the office he serves. He should be a unifying force in our country. We have seen that with Democratic and Republican presidents all along. They have seen their responsibility to be the president of the United States to unify our country. And not to fuel the flame, not to fuel the flame. And I think to take his bait time and time again is just a gift to him because he always wants to divert attention from the cause of response was rather than describe it in his own terms.”