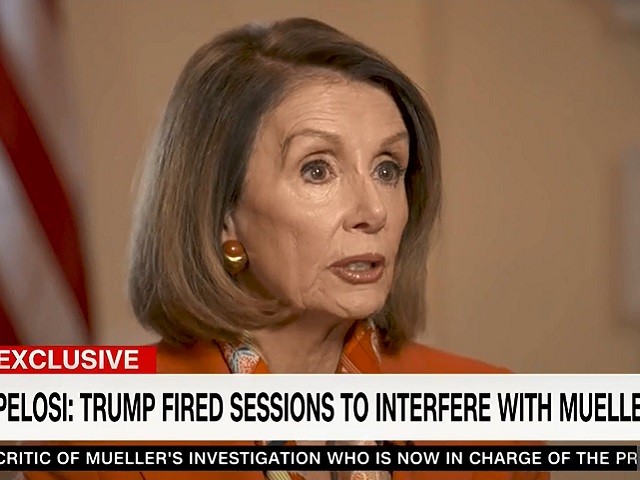 Anchor Chris Cuomo asked, “It was no surprise that the president of the United States would try to distract from the big win for your party in the House. But when that came in the form of a big move, of firing Jeff Sessions, and putting in, as Acting AG, Mr. Whitaker, do you see this as a move, not just to distract from politics, but to interfere with the Mueller probe?”

Pelosi responded, “I think the latter is the primary purpose, is to interfere with Mueller. … The timing of it is, of course, to distract from the big defeat that the president suffered in terms of our taking the House.”