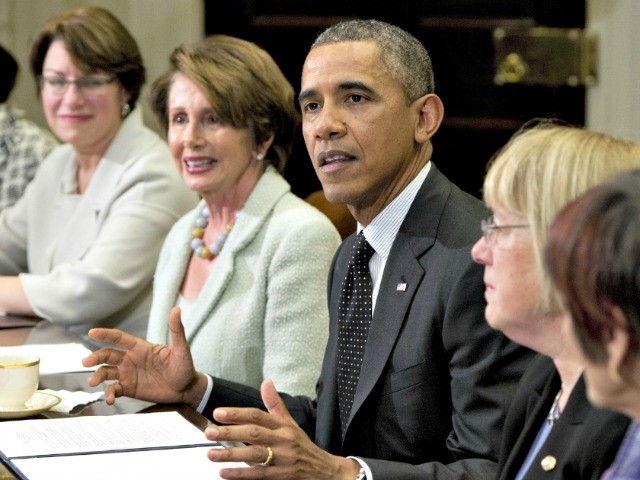 Pelosi, a San Francisco Democrat, said Saturday that the administration’s decision to fast-track those cases to the Supreme Court is nothing more than a “cowardly, disgusting ban” on transgender individuals serving in the military.

“This latest memorandum is the same cowardly, disgusting ban the President announced last summer. No one with the strength and bravery to serve in the U.S. military should be turned away because of who they are,” she said in a statement.

“The President’s hateful ban is purpose-built to humiliate our brave transgender members of the military who serve with honor and dignity,” she added. “It will harm our nation’s readiness and hollow out our strength, for we only strengthen our military by honoring our values of freedom and equality.”

U.S. Solicitor General Noel Francisco filed a petition addressed to the Supreme Court on Friday, asking the justices to hear cases on Trump’s policy regarding transgenders serving in the U.S. military.

The Obama administration created a policy allowing individuals who identify as transgender to serve in the military towards the end of former President Barack Obama’s second term, but it was not scheduled to take effect until after Obama left office.

The policy almost went into effect in July 2017, six months after the end of Obama’s final term in office, igniting debate among military policy experts for some time.

President Donald Trump put that debate to rest, blocking the policy from taking effect shortly before its start date. On July 26, 2017, Trump announced the U.S. military would not allow transgender individuals to serve.

Defense Secretary James Mattis carried out a study within the Pentagon which recommended that transgender individuals could serve in the military, so long as those individuals did not present a medical history of gender dysphoria requiring medical treatment— such as gender reassignment surgery— that would affect their ability to serve.

Trump took Mattis’s recommendations into account and adopted a policy in March which reversed an Obama administration directive allowing soldiers to switch their “gender marker” in their personnel records if they declared themselves as identifying as a member of the opposite sex.

The policy also affirmed the distinctions between the male and female sexes.

Although the Trump administration’s policy went into effect in March, several federal judges in the lower courts have challenged the policy since April.