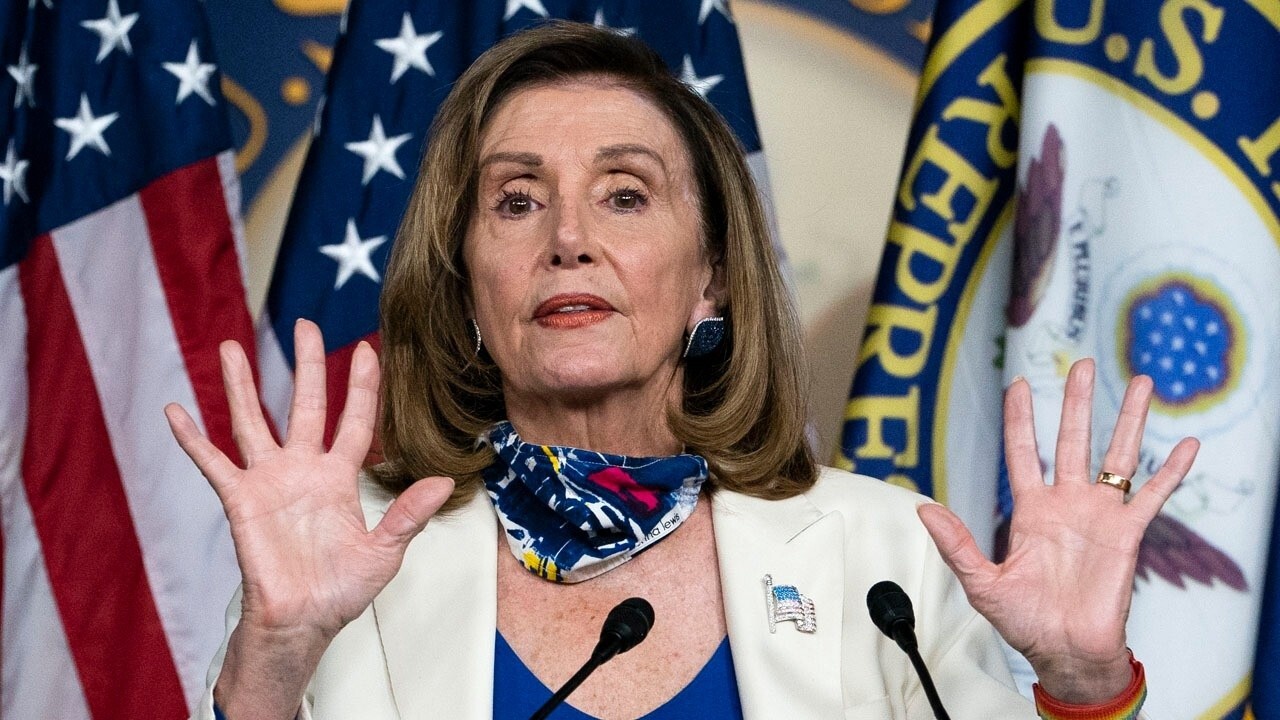 House Speaker Nancy Pelosi said Sunday on CBS’ “Face the Nation” that she hopes the fact President Trump has fallen sick to the coronavirus will cause the White House and congressional Republicans to change their stance on how to handle the pandemic and “listen to the science” after Democrats have criticized the GOP for months for not taking the virus seriously enough.

“Prayers are with the president and the first lady,” Pelosi, D-Calif., said. “I hope it really will be a signal that we have to do better in preventing the spread of this virus.”

Pelosi added that as long as the president recovers, the thing she’s concerned about is “what impact will it be on coming to the table with us and doing what we have to crush the virus, listen to science, have the public-private role that needs to be done to crush the virus. So hopefully, prayerfully … I pray that in addition to his health that the president’s heart will be opened to the millions of people who have been affected, hundreds of thousands of families who’ve suffered a death.”

As the speaker of the House, Pelosi is second the line of presidential succession after Vice President Mike Pence. Both Pence and Pelosi have tested negative for the virus this week and Pelosi said that she plans to be tested regularly going forward. Pelosi added that though she, Pence, Trump and others have access to excellent health care, “minority communities” and poor communities don’t, and have been disproportionately affected by the coronavirus.

“Now [the virus has] even run free in the White House. Think of how it is in a poor neighborhood where the president is insisting that children actually go back to school in order to get the funding,” she said on “Face the Nation.”

Pelosi was also asked by “Face the Nation” host Margaret Brennan about the ongoing debate about whether there should be a coronavirus testing regime for those who work on Capitol Hill, including members of Congress, staffers and other workers like journalists and custodians. This week Senate Minority Leader Chuck Schumer, D-N.Y., and House Minority Leader Kevin McCarthy, R-Calif., both re-upped demands for regular testing for those on Capitol Hill after multiple Republican senators tested positive for the coronavirus.

Pelosi and Senate Majority Leader Mitch McConnell, R-Ky., who are the ones with the power to either implement or block a testing regime, have prevented such a move due to concerns about members of Congress getting preferential treatment to regular Americans. Right now, only Capitol Hill workers with a medical reason to be tested — exposure to someone who tested positive for the virus or having symptoms — are tested.

“He has a smaller body than we do on the House side,” Pelosi said of Schumer while ignoring McCarthy. “My confidence is .. with the House attending physician who will determine when it is necessary for us to have to have testing that has confidence.”

The speaker added: “We have 20,000 employees … it’s not just about the members of Congress we want to be safe for the press who covers us and the custodians and the workers in the capitol and the staff.”

Brennan replied “that’s why I was asking the question” but then said that the show needed to go to a break before Pelosi could respond.