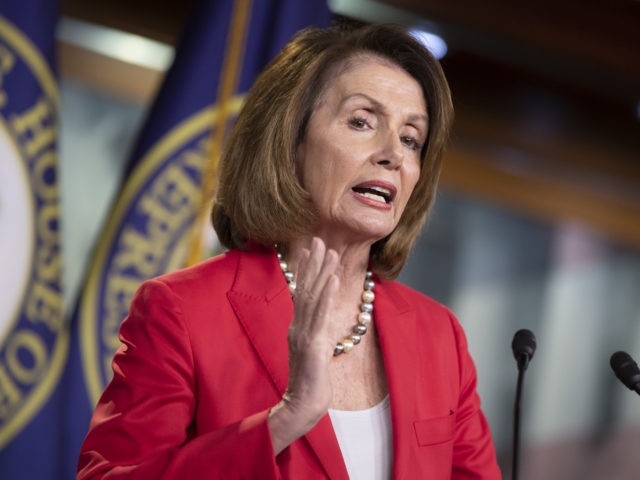 During an interview with SiriusXM Progress’ “Signal Boost” on Monday, House Minority Leader Nancy Pelosi (D-CA) stated that she has always had a suspicion that there was some financial transaction involving President Trump and the Saudis, “and I think that plays out” in the administration’s response to Jamal Khashoggi.

Pelosi said, “I’ve always wondered why he went there as the first country to visit outside of the United States, of course, as president of the United States. All of the other presidents, back to Ronald Reagan, went to Canada, or to — one to Mexico, George W Bush, so in our hemisphere. Or there are many friends and allies he could have gone to. So, there was — I was always suspicious that there was some kind of a financial transaction involved there, whether for his businesses or whatever, and I’m not convinced there isn’t, and I think that plays out here now. Of course, he would say, we want to know the truth, we’re not just going to accept we didn’t have anything to do with it as an answer, and the fact that this administration is still attending this conference, when so many people have said no … corporations are saying no. So, his relationship with Saudi Arabia is something.”