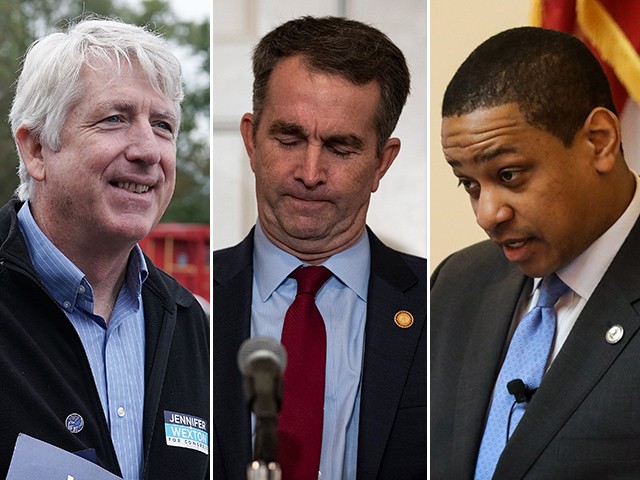 House Speaker Nancy Pelosi (D-CA) insisted on Thursday that the blackface and alleged sexual assault controversies engulfing the top three Democrats in Virginia will not damage the “national Democratic brand.”

Meanwhile, a California professor accused Lieutenant Governor Justin Fairfax (D) of sexual assault, alleging that Fairfax forced her to perform oral sex during the 2004 Democratic National Convention. And on Friday, a day after Pelosi insisted that these scandals will not harm national Democrats, another woman, Meredith Watson, alleged that Fairfax raped her while they were students at Duke University.

When Pelosi was asked if the scandals will hurt the “national Democratic brand,” she replied, “No, it does not.”

National Democrats who are banking on defeating Trump in 2020 by doubling down on the politics of race and MeToo walked into a trap when nearly all of them jumped into Virginia’s politics and called on Northam to resign. When scandals then engulfed Fairfax and Herring, many national Democrats started dodging questions, unable to say they would not get involved in Virginia’s politics days after nearly all of them jumped in to condemn Northam.

Last week, Northam apologized for appearing in either blackface or a KKK hood in a photo on his yearbook page before promptly denying the next day that he was in the photo. Northam did reveal, though, that he had put black shoe polish on his face to look like Michael Jackson for a dance contest in Texas.

As pressure mounted for Northam to resign, Dr. Vanessa Tyson, a professor at California’s Scripps College, accused Fairfax of sexually assaulting her 15 years ago.

“I cannot believe, given my obvious distress, that Mr. Fairfax thought this forced sexual act was consensual. To be very clear, I did not want to engage in oral sex with Mr. Fairfax and I never gave any form of consent,” Tyson said in a statement, saying that she was only speaking out because Fairfax had been besmirching her name.

Fairfax has denied both allegations.

As some Virginia Democrats were getting ready for Herring, the attorney general, to potentially become the state’s next governor, Herring also admitted that he had put on blackface in the past, a confession that reportedly moved some of his black colleagues and lawmakers to tears.

“That conduct clearly shows that, as a young man, I had a callous and inexcusable lack of awareness and insensitivity to the pain my behavior could inflict on others. It was really a minimization of both people of color, and a minimization of a horrific history I knew well even then,” Herring said in a statement. “It sounds ridiculous even now writing it. But because of our ignorance and glib attitudes – and because we did not have an appreciation for the experiences and perspectives of others – we dressed up and put on wigs and brown makeup.”

“I’ll leave it up to them,” Pelosi said, doing her best to distance herself and national Democrats from the fiasco in Virginia.